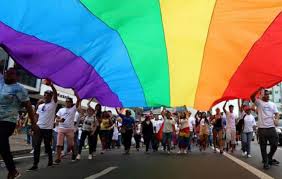 In the presence of ambassadors, diplomats, representatives of State entities and civil society organizations, the LGBTIQ flag  was hoisted in Plaza Cinco de Mayo, in the capital city  on Saturday, June 1  to  launch World Pride Panama, and its Festival "Breaking Barriers, Building Bridges."

The flag is also flying at  the residence of the British ambassador Damion Potter.  The diplomat highlighted the struggle for equality, inclusion and against homophobia and racism and noted that there are 45 openly gay and bisexual members in the British Parliament reports Critica.