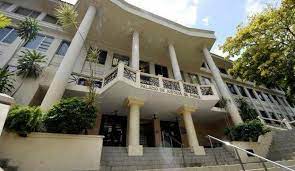 The case dates back to 2010, when Eva Lorentz,  the former head of Human Resources of the Public Ministry, and Valdés were accused of facilitating the release of four drug traffickers in the province of Los Santos.

The alert about the release of the alleged drug traffickers was given by the United States Drug Enforcement Agency (DEA), which was monitoring a network that trafficked drugs along the coast of Azuero. This scandal led to the departure of the then Attorney General, Giuseppe Bonissi.

The edict in which the decision is communicated was disclosed by the secretary of the court on August 31, for the notification of the parties.

The Judicial Branch was asked if the criminal statute of limitations reaches other former Public Ministry officials and individuals investigated in this case, and it was reported that they are still in the notification process, so they could not provide details reports La Prensa. The investigation began on December 15, 2010.