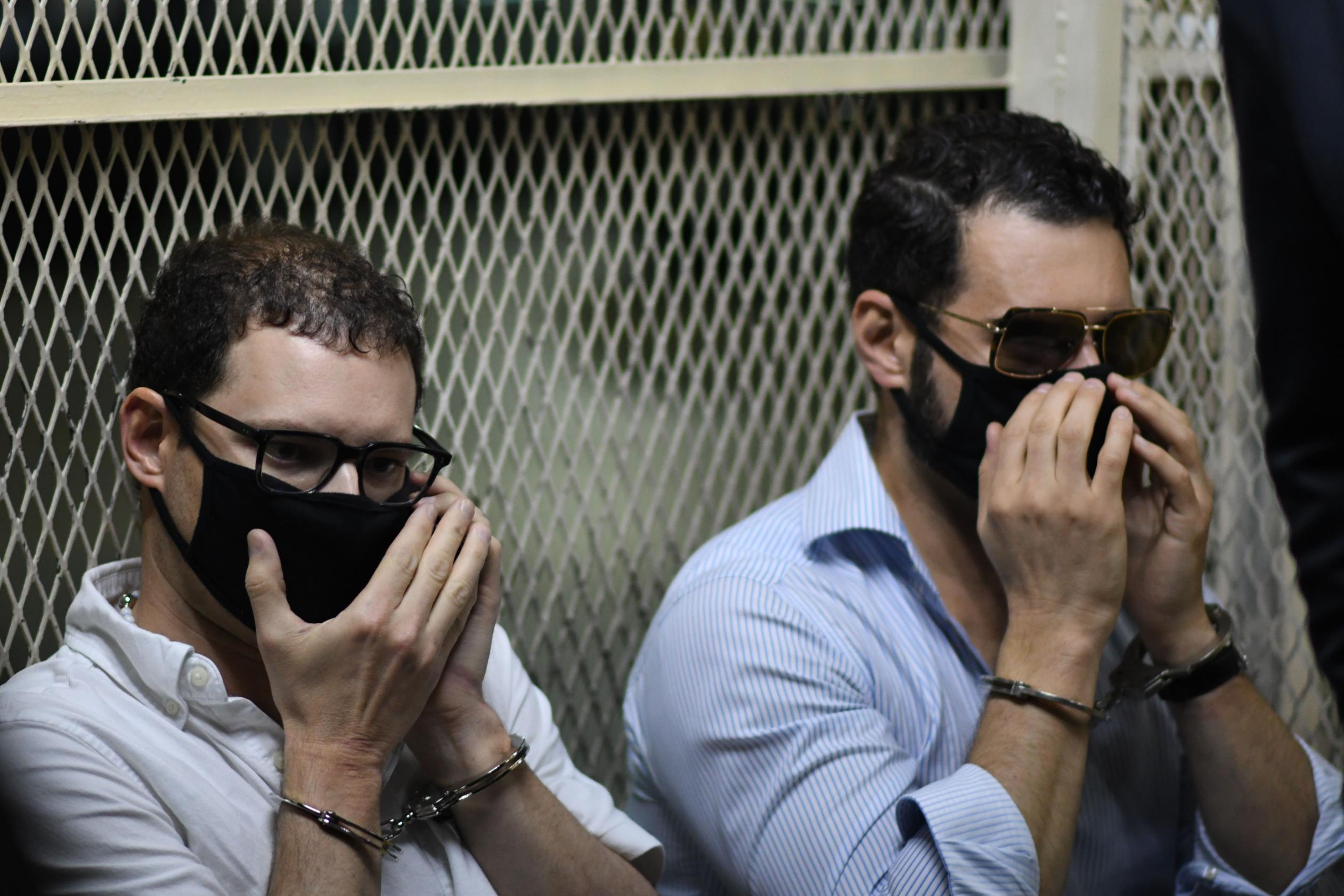 who face charges  in New York of alleged conspiracy to launder Odebrecht money,  and are in Guatemala fighting a US extradition request.

FBI Special Agent Michael Lewandowski lists four financial transactions, in a document he submitted to the court on Monday, July 20, which is an amendment to the original complaint filed on June 27. Nine days later, the brothers were detained in Guatemala, at the request of the United States, as they attempted to board a  controversial“humanitariant flight to Panama on their father’s private jet. Since then, they have been held in  a military prison for their eventual extradition to the United States.

According to the document signed by Lewandowski, these transactions were carried out, "knowingly that they represented the product of some illegal activity" and with the intention of concealing their nature, source and beneficiary.

The FBI handles information from a New York broker that shows that the $346,500 transferred by Luis Enrique on February 11, 2013, is part of the payment for the purchase of a yacht.

Property transaction records    indicate that the $570,000  tranfer  corresponds to the payment of an apartment in Miami , Florida, for a company, for the benefit of Luis Enrique.

The transfers would have been channeled through offshore companies incorporated in foreign jurisdictions, such as the British Virgin Islands and the Bahamas.

In total, the two  accused sons reportedly participated as "intermediaries" in bribery payments totaling $28 million, "under the leadership of Odebrecht," according to the original complaint that the FBI delivered to the court on April 27. In June. The monies would have benefited a Panamanian public servant, whose name is not listed at the moment in the US indictment, but who is described as "an officer with a very high position in the Panamanian government"  … and a “close relative” of the two accused between 2009 and 2014 – a period corresponding to the presidential mandate of  Martinelli.

The indictment remains sealed "until second order", at the request of the FBI and by order of Judge Robert M. Levy. The US Department of Justice reported that the brothers each face a charge of allegedly conspiring to launder money as a result of the bribes Odebrecht confessed to having paid in Panama. All payments would have occurred between August 2009 and September 2015, and not until January 2014, as the FBI originally reported to the judge.

Of the $28 million paid in bribes; $19 million was transferred using accounts in correspondent banks in the United States, the majority in New York.

In Panama, the former president and his two children are required for investigation by the Special Anti-Corruption Prosecutor's Office , which since 2017 investigates the bribes that Odebrecht paid in the country. The Second Superior Court of Justice benefited the children with bonds of $ 2 million each. As for the father, he has not attended an investigation and the last thing that was known is that he presented a medical disability for 60 days, in force until the beginning of September.