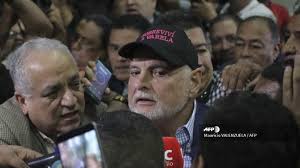 Former president Ricardo Martinelli has turned his attack dogs in the form of a pack of compliant, well rewarded lawyers on a range  of people who have crossed his path since he was extradited from the United States to face a criminal trial for alleged illegal wiretapping and other crimes.

The taps have been replaced by multi-million dollar lawsuits  and judicial harassment of prosecutors, former magistrates of the Supreme Court a former attorney general, journalists, civil society personnel, and political opponents and La Prensa  which has exposed  much of the corruption during his mandate.

The hounding  has  also reached two forensic doctors from the Institute of Legal Medicine and Forensic Sciences (Imelcf) , for alleged abuse of authority, and breaches of the duties of public servants, among other crimes. This was because they examined him when he was being prosecuted for the wiretapping  case, in which he was declared "not guilty" on August 9, 2019. The ruling is under appeal.

The legal action also warns that if found guilty, they must be held civilly liable and pay $1 million for the “damages” they have caused.

Imelcf said  that the action is "clearly intimidating" and threatens the institution's independence and objectivity.

Recently, Imelcf personnel carried out physical and psychiatric exams after  Martinelli presented medical disabilities to the Public Ministry so as not to testify in the New Business and Odebrecht cases. In the first of these cases, he was charged with  alleged money laundering, and is under country arrest and must  notify Public Ministry once a month.

The legal action  against the two forensic doctors was filed at the Public Ministry by lawyers Jessica Canto and Shirley Castañeda, who are part of  Martinelli’s pack of lawyers.

The lawyers demand that the doctors  be prosecuted for  crimes against life and personal integrity abuse of authority, and violation of the duties of public servants, and against public faith.

In the complaint, they describe that the Imelcf's expert doctors carried out forensic evaluations of Martinelli during the trial phase of the wiretap  case, in which a Trial Court declared him “not guilty” of political espionage and embezzlement of funds. public of which he had been accused by the Special Prosecutor's Office Against Organized Crime. The lawyers  request an investigation against the doctors and the officials, and  also request a restorative action, for the alleged damages. They demand a million dollars.

On July 21, Martinelli went to the Imelcf for a psychiatric evaluation by order of the Special Anti-Corruption Prosecutor's Office, investigating him in the Odebrecht case, , after he presented a psychiatric disability of two months, issued by the psychiatrist Algis Torres, who served as director of Health of San Miguelito, during Martinelli’s mandate. Martinelli also refuses to testify for the New Business case. He  clings to the principle of specialty established in the extradition treaty between Panama and the United States. However, in the Public Ministry there is a note from the Foreign Ministry that cites a letter from the United States embassy, ​​in which it is noted that this principle is no longer in force.

Martinelli's legal team also filed a complaint against former attorney Kenia Porcell, whose property  was seized.  9. Porcell stopped the action by posting a bond of $150,000.

He has also sued the anti-corruption prosecutor, Tania Sterling, in  the Odebrecht case, in which Martinelli was charged with  alleged money laundering.

The judicial attack  also reaches the ex-magistrates of the Supreme Court, Harry Díaz, and Jerónimo Mejía, who acted as prosecutor, and judge of guarantees in the  wiretap case .

Panama| Martinelli: The Underground Underdog Takes on the Justice System. Panama journalism follow the...LOCO...business man and can't get enough of him. Former president is famous and can do no wrong! Former president has survived it all and wants his sons from the...United States! What will he do now? Will he go the United Nations? Will he get his sons back? Martinelli fights for corrupt justice for...ALL...Panamanians! There he is now, yelling and screaming and getting...ALL...that attention. Martinelli...the GODFATHER OF PANAMA! Martinelli fights...ALL...the Goliaths...with his lawyers...no show and very poor health. Martinelli has proved he can be Panama prosecutors and return in...VICTORY!!! Panama news media now can only say...GOOD THINGS AND NO BAD THINGS. WONDERFUL...WONDERFULL MARTINELLI!!! Martinelli lived in a Mansion in Florida, U.S.A. Martinelli is an inspiration for...ALL... Panama's children to be just like him. Crime does pay with state funds, bribes and money launderings. Wheel and deal...wheal and deal...invest in Panama you cats! ALL...is well in Panama! Poverty...don't worry, more hams!!!

Panama | U.S.A. Presidential Pardons...Chess Game. U.S.A. presidential pardons are points in a match. Lose a game and win a game/point down the road. Win some points and the president appeases his team. Both parties do this!!! Panama corrupt presidents...flees with $$$. $$$ buy battery of lawyers and wins...honor and lawsuits. Honor and lawsuits builds his underground connections for $$$. $$$ continues down the road until there is a coup or death of some sort...and the underground continues to branch down the road. Corruption is then justified through a powerful dictatorship with intentions of population control through famine. Missing? Diseases and so the partnership with an alley to ward off the United States. U.S.A. president agendas are usually...capital enrichments on an international level with political favors and kickbacks through foundation donors...ANY AND ALL FAVORS GO!!! Famines of a nation... VENEZUELA PRESIDENT MADURO: HUNGER IS THERE BUSINESS. Mass exodus and the financial rape of another nation...GERMANY. GERMANY...buys oil from RUSSIA. GERMANY...buys surveillance equipment from CHINA. CHINA...SILK ROAD PROJECT...SPEARHEADS TO GERMANY. GERMANY...Leads Europe as the wealthiest nation. U.S.A....Pulls troops out of GERMANY. U.S.A. democrats appease CHINA. CHINA...WUHAN VIRUS GLOBAL EPIDEMIC. CHINA...Spreads disinformation. U.S.A. / CIA INFORMATION...MORE WOMEN'S AND BLACK RIGHTS! U.S.A. more jobs...(steel industry, intellectual property thefts, Pentagon hacks, etc?). U.S.A. knows but the president isn't feeling...well?. Republicans and Democrats election and Democrats and Republican elections... Game of...RUSSIAN ROULETTE... NO FORESIGHT INTO THE GLOBAL UNDERGROUND. U.S.A. news media...ALL CONSPIRACY THEORIES...AND LACK OF STRATEGY!!! Panama? Israel Pegasus spy equipment to invade citizen privacy with a court system blessings! ---IMPUNITY & IMPUNITY...$$$. LAWLESSNESS AMONG THE LATIN COMMUNITY. CHINA, RUSSIA AND IRAN...U.S.A. WEAKENEDN BY CORONAVIRUS... ATTACK ISRAEL WITH CORONAVIRUS WITH A SPECIFIC DNA FOR ISRAEL! ATTACK ISRAEL WITH MISSILES FROM RUSSIA COMPLIMENTS FROM... Former Secretary of the United States...HILLARY RODHAM CLINTON. U.S.A REPORTING? What reporting...Panama? Some other time!