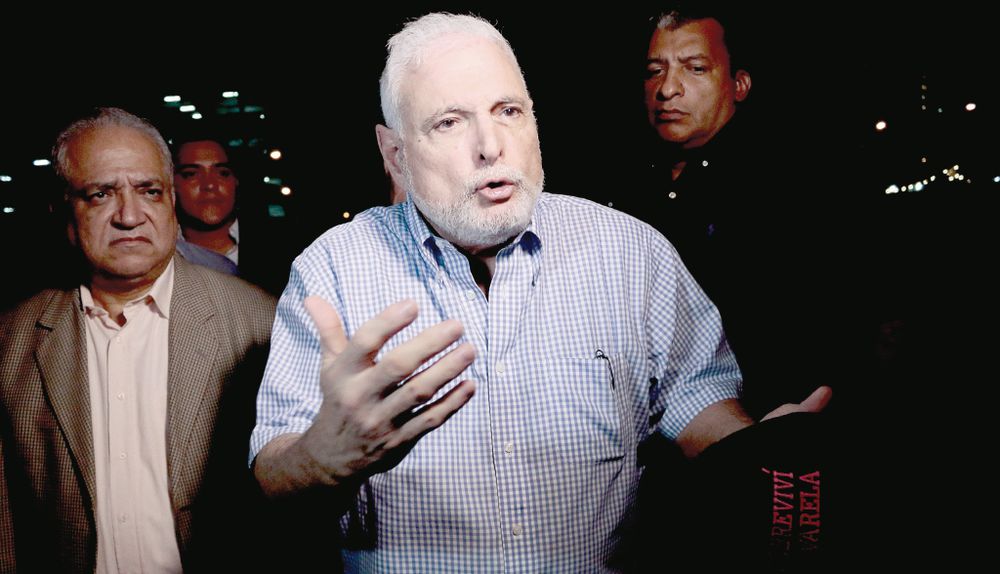 The Superior Court of Appeals of the First Judicial District has annulled, the “not guilty “ ruling handed down to former president Ricardo Martinelli accused of illegal interception of communications in the second and third year of his mandate.

Two of the magistrates, Donaji Arosemena and Yiles Pittí, accepted an appeal for annulment promoted by the Public Ministry, in which a new trial for Martinelli was requested. The other magistrate, Diego Fernández, saved his vote.

Now a new trial will be required, with new judges, to establish responsibilities for the alleged commission of two crimes: the inviolability of secrecy (interception of communications without judicial authorization) and violation of the right to privacy (illegal monitoring and prosecution).

The reading of the sentence took place after 5:00 pm this Friday, two hours after starting the virtual hearing, held at the offices of the First Judicial District of Panama, located in Plaza Ágora.

It is unknown when the new trial will take place, except that the three judges from the previous process will not act there.

Panama | Witnesses Brings Encouraged Real Evidence. Appeal process will encourage real evidence to the matrix of this coverup. Martinelli & Sons will have access to all government levels of influence and power, unless... a leash is used to muzzle the wildcat bulldog savagery of Panama's sheep. Pegasus wire tap equipment...$14 million from state fund's / PAN for the poor, was used to provide all the data information needed for total economic and political control of... Martinelli's influence over Panama. Panama's defense lawyers were slow to respond with Martinelli's calculated strategies of government level wide spread control and...$$$capital$$$...bait with his henchmen/cohorts. Panama's Constitution does not have the safety mechanism to deter the criminal underground government control operations. Brazil's Odebrecht was able to therefore, find the presidential candidates willing to maneuver the Panama state funds as nothing more than a...monopoly game board of rolling dice. Illegally beckoning participation from the Panama National Assembly as a license to play this game. Non - transparent accounting became the norm after replacing there... General Comptroller who cried foul!!! Panama's corruption will incessantly continue for the duration of the alleged criminal activities of the... Panama National Assembly deputies and staffs!

Just perhaps there will be some real justice in Panama. Perhaps!!??