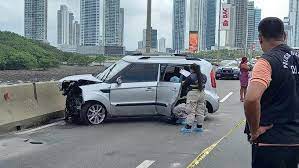 Panama’s Superior Court of Appeals has confirmed the decision of the Judge of Guarantees to order the provisional detention of former drugs prosecutor José Varela Alvarado, accused of corruption of public servants.

At the hearing, different investigative acts were listed, such as: data seizure, surveillance and monitoring, and wiretapping. In addition, the Court said, the measure is necessary and proportional to the nature of the event.

The Judicial Branch said that there are procedural dangers such as: the destruction of evidence that implies the possibility of destruction of material evidence and danger to the community.
The investigation began on December 23, 2019, after an anonymous call that notified the Superior Drug Prosecutor's Office, which alleged that an MP official was allegedly giving sensitive information in exchange for financial compensation to persons linked to investigations. for drug-related crimes.