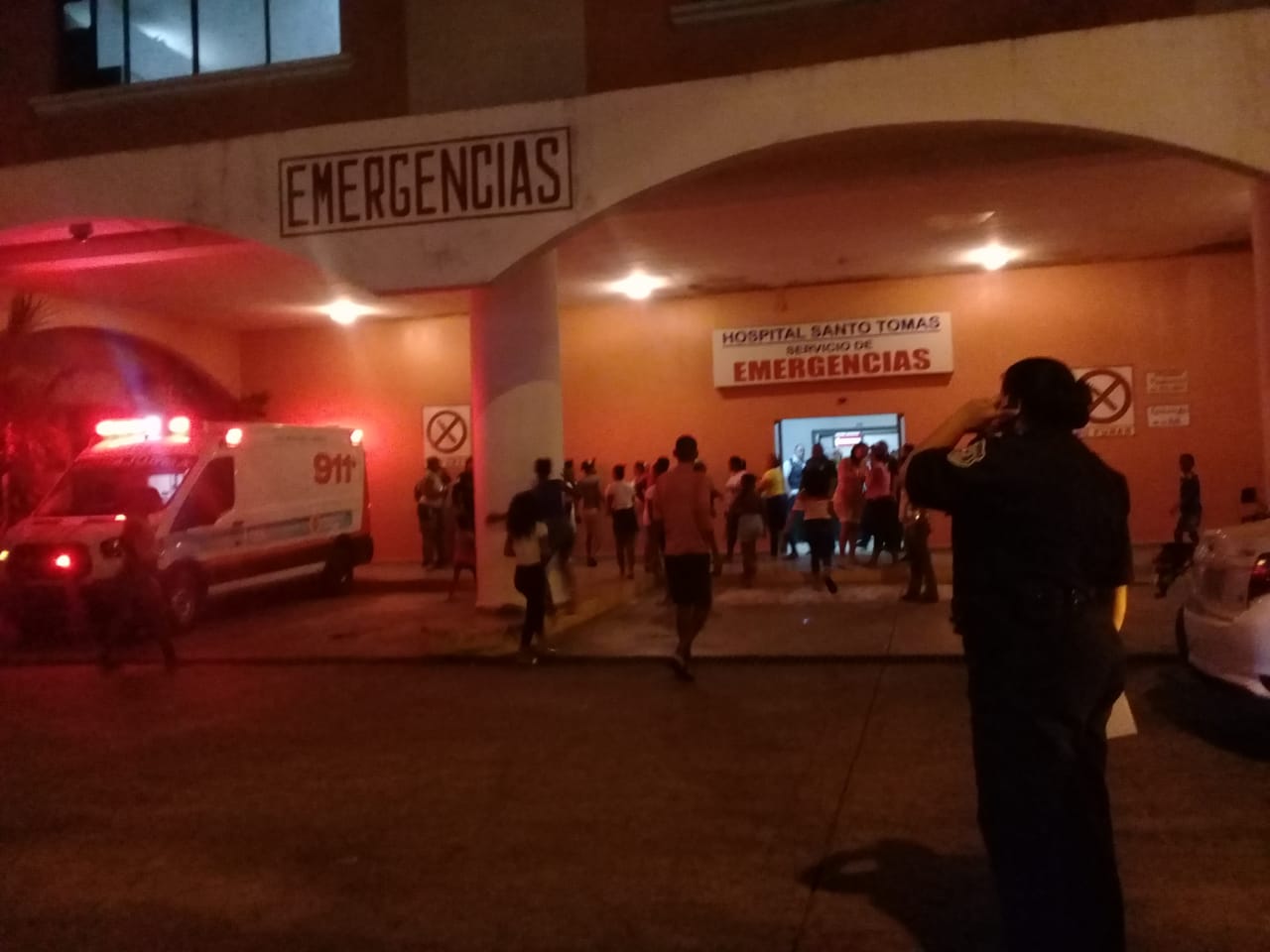 Panama City’s bloody  Friday, August 23, registered 4 murders, 3 young people killed in a single vehicle accident, the suicide of a 28-year-old woman in Paque  Omar an attempted murder on the grounds of the University of Panama and a woman injured in an attack on  Via Argentina.

In the lunchtime rush hour Luis Pinto Mosquera and Iván Pérez Blandón, traveling in a taxi on Transismica were gunned down in a taxi following  a car chase by men carrying heavy caliber weapons according to witnesses. The two died at the scene. The hitmen fled in a Honda sedan.

The young people were traveling from a soccer game and were going to leave one of their companions at a subway station.

At about 5:00 in the afternoon, there was an attempted murder of a woman was in front of the Faculty of Dentistry at the University of Panama. and a woman was injured in an attempted robbery on  Via Argentina. After an exchange of gunfire, a man was arrested

Meanwhile, a 28-year-old girl was found dead in an area near the National Library, in Parque  Omar Park. She hung herself with a rope from a tree.

A 10-year-old girl who was shot in the head by a man looking for her brother in Santa Cruz, Curundú, died two hours after being admitted to Hospital del Niño hospital.

The brother followed the man and killed him, after a shoot out that sent the avenger to hospital with gunshot wounds

On the same day, an on-duty  police sergeant allegedly raped his niece and President Cortizo promised an iron fist for criminals

an iron fist for criminals does nothing for the victims. how about law that intends to prevent crime?