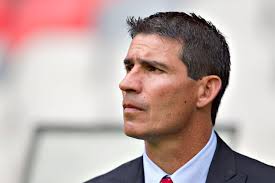 The checkpoints and restrictions applied by security forces in the wake of the COVID-19 pandemic have caused a decrease in drug trafficking on the Isthmus, reflected in a dramatic reduction in seizures. says the First Special Prosecutor's Office for Drug-Related Crimes. Eduardo De La Torre

Although so far in 2020 nine more tons have been seized than in the same period of 2019, this is basically because between January and February of this year there were large seizures. But, after the application of the curfew and the mandatory quarantine with its dry law these numbers have decreased.

Drugs continue to arrive by sea from South America, but the transfer by land for other destinations has been stymied by a large number of checkpoints and vehicle checks which has also caused a substantial reduction in micro trafficking cases.

Last January the prosecutor's office handled 105 cases and in February 139 arrived, but as a result of the curfew and quarantine coming into force, only 39 cases have reached the prosecution.

Despite this reduction, he said, officials continue to work together with the rest of the security forces to stop this activity.

The "dry law" measure, prohibiting the sale and distribution of alcoholic led to the closure of bars, clubs and amusement centers, usually used for the retail sale of drugs, have caused a substantial drop in the cases that reached the prosecution.

Figures from the National Naval Air Service reveal that of the 21.4 tons of drugs seized in 2020, only 5.4 tons were seized in March, in operations carried out in various parts of the country.

wow what insight!! you mean less product is being moved while people are on 23+ hour lockdown??? more people need to hear this!

If they catch smugglers or users they should just take them off shore 100 miles and kick them out of the boat .sharks have to eat also