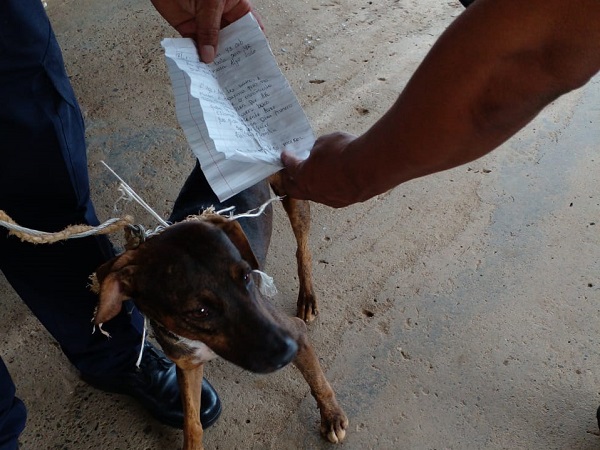 First, it was a pigeon, then a cat, and now a   dog carrying drugs and messages in prison.

The animal when intercepted in La Joya on Monday had a letter tied to its neck detailing the sale of alleged illicit substances and even greetings among prisoners.  It even drew the attention of The director of the Penitentiary System, Andrés Gutierrez. Who said: “We continue to reinforce security to prevent these types of anomalies from taking place in prisons, with the recurrent use of animals for the transfer and sale of illegal substances, for which we are taking the pertinent corrections.".