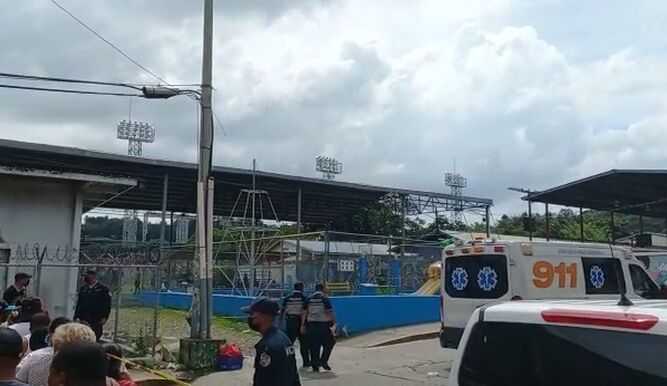 The deputy director-general of the Public Registry of Panama, Agustín Lara Díaz, was murdered in broad daylight on Sunday morning November 14, while he was participating in a registration process for the ruling Democratic Revolutionary Party (PRD) in San Miguelito).

According to preliminary reports, two hitmen arrived on a motorcycle at the sports complex where the political activity was taking place. One of them went to find Lara Díaz and pumped several bullets into his. The killers then fled.

Lara Díaz was taken to a hospital, where he was pronounced dead.

The motive for this murder is still unknown. “It is a case that is just happening. We are establishing the lines of investigation, ”said John Dornheim Castillo, director-general of the National Police.

It is the second assassination of a prominent PRD activist in recent months. The last one, also in broad daylight,  was on the Corridor Sur.

Ajd it is called Bread and Circuses. It has been used for centuries and sadly with a uneducated population it still works.

While for the first time I fully agree with something Brian has said, I want to add that the glaring subversion of any semblance of legal recompense for crimes committed(see el loco- -twice) all leads to general lawlessness in the community. With the economy in tatters, the Deputies are voting themselves increases in their own per diems, while they continue to do NOTHING for the electorate that put them there. Of course there are always the turkeys and hams soon coming to elicit continued support. The people need to see past those trivialities and vote in men and women who truly want to improve the country and not just their own pockets. Sadly corruption has been endemic here for so long, I fear the electorate would not know how to recognize or appreciate a truly righteous civil servant.

Billions of people across the world have had enough of all of these criminals murdering their families, friends and children. The extreme lawlessness globally naturally is going to bring much more assassination's until law enforcement does what is should have done almost 2 years ago, arrest these criminals, prosecute them and execute them for violations of international laws and domestic laws. Law enforcement must act to bring order against the criminals that have ravaged humanity and declared a genocidal needle war against its citizens!