Deal collapses but gas drops to $3.25 a gallon 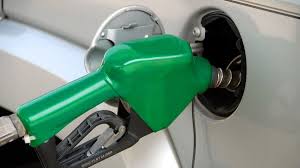 Omar Montilla, Vice Minister of Domestic Trade and Industries announced Monday,  that the government will comply with the agreement reached with Anadepo and everyone will be able to go to the fuel stations to fill the tank with gasoline at $3.25 a gallon.

He said that it was unfortunate that the National Alliance for the Rights of the Peoples (Anadepo) has not complied with what was agreed.

He indicated that the representatives of Anadepo were asked, before the signing of the agreement, if they had decision-making power and legitimate representation of the membership, and they said yes.

He assured that the delegation of the National Government will continue negotiating with those groups that wish to achieve alternatives and consensus regarding the issues of fuel, basic basket, and medicines.

Vice President José Gabriel Carrizo announced Sunday night an agreement with the Alliance to set the price of vehicle fuel at $3.25, but also to lift the roadblocks while the issues. related to medicines and the basic basket continue to be discussed at other tables.

Today, Monday,  the Anadepo bases announced that they were breaking the agreement with the Government due to some irregularities.