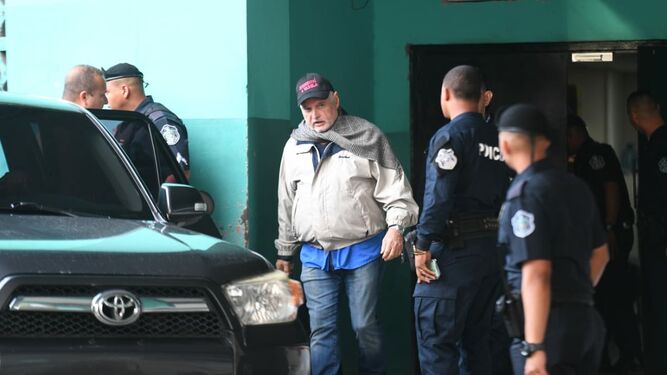 MARTINELLI leaves Court after a down day

Among the petitions of Martinelli's defense was the calling of an expert test of the documents that make up the seven booklets that were already verified by the prosecutor's expert, Luis Enrique Rivera Calle, of  the Institute of Legal Medicine and Forensic Sciences . is that an expert document specialist review the documents to establish their authenticity.

Defense lawyer Sidney Sittón indicated that they were handed in the intermediate phase the booklet or paper support and during the trial, some situations arose, where witnesses or experts, pointed out particulars that merit clarification.

They also requested the incorporation of three documents related to the protected witness. After a break of several hours, the Court decided to deny the requests, because there was no "due support".

Carlos Carrillo, of Martinelli's team, said the system has allowed them to be in "total defenselessness" and added that throughout the hearings they have made clear the "discredit" of the evidence presented by the prosecution.

Prosecutor Aurelio Vásquez said the court made it clear to the defense that there was no basis for its requests and the defense contradicts itself by arguing that they did not have the details of the protected witness, but that in the evidence they wanted to introduce they mention it.

Vásquez said the court's decision was"positive." They had to support the rejection of the request, during what he considered a "lost day" on Monday.

It is expected that the defense team will be presenting  28 witnesses, including former National Security Council officials.