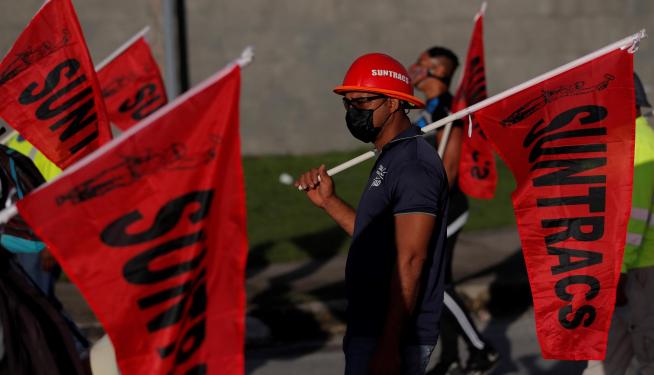 The Single Union of Construction and Similar Workers (Suntracs) announced Sunday that it would go on strike for 24 hours on Wednesday, April 13, due to the lack of response from the National Government due to the high cost of Fuel, the Basic Basket, medications, among others.

On Monday the construction workers will continue with picketing and on Tuesday they march from Parque Porras.

"We see with great concern that the government comes with repression, if there is repression we will have radicalization of actions (...) here we need concrete and forceful responses," Suntracs secretary Saúl Méndez warned at a press conference.

“The only ones that have a hidden agenda are the traditional political parties and the false independents that have spoiled the lives of all Panamanians  (...) one thing is what they promise in the campaign and another is what they do”. Méndez said.

The demonstrations led by teachers have increased every day throughout the country, adding students, indigenous people, workers, and other unions.

In the midst of protests, the Government convened for t Monday, July 11, a dialogue table in the province of Veraguas, with the National Alliance for the Rights of the Organized People (Anadepo).