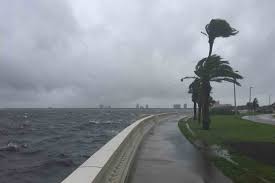 Panama’s  Civil Protection  System (Sinaproc) warned on Friday afternoon  June 20 of the passage of two tropical waves that will create incidents in different parts of the country during the next 72 hours.

Sinaproc announced that ETESA Hydrometeorology reports warn of rains and storms from Friday, June 21 to until 11:00 pm Sunday 23.,

"While the tropical wave # 10 is located on the central region of Venezuela moving to Colombia, it will also be moving towards Panama and the rest of Central America," reported Sinaproc.

The entity said that the bad weather is under notice for to the provinces of Darién, Panama, West Panama, Coclé, Herrera, Los Santos, Veraguas (North, Central and South), Chiriquí (Highlands and Lowlands) and Bocas del Toro. and the Emberá and Ngäbe Buglé regions.

Sinaproc reiterated the call to be aware of children, the elderly and people with disabilities. and to be careful when crossing rivers and streams, in areas of landslides.

The rains will probably coincide with high tides, which can generate flooding in coastal regions.