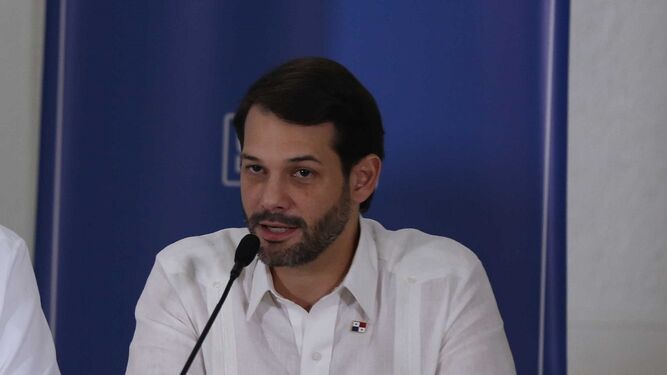 Panama’a  first digital free zone which will be installed, in the  Brisas de Golf, district of San Miguelito, and will require an investment of $38.9 million dollars, according to government projections.

The complex is the first tangible approach between the Cortizo administration and the government of China, whose investments multiplied as a result of the establishment of diplomatic relations with Panama in 2017.

The complex, which will be built on an area of ​​2.5 hectares, was presented to the Cabinet Council by Ramón Martínez, Minister of Commerce and Industry, who explained that in the first stage $10.6 million dollars will be invested, and another $28.3 million in the future.

The financing of thefree zone, will be with the international Bank of China, and the Panamanian Global Bank.

In the explanatory statement, Martínez explained that the infrastructure will include a data center with servers and computer infrastructure designed by the Huawei company. In addition, it will have a central building and eight office buildings, an apartment hotel and a Higher Technical Institute specialized in education and training in high technology and telecommunications.

Panama | Huawei Server in Panama a Global National Security Risk! Panama former president Varela non-transparent agreement with China is an illegal association for a neutrality state (Panama) without fair competition and security risk evaluations. -- International Bank of China and the Panama Global Bank...National Security Risk! -- International Bank of China and the Panama Global Bank is a China / Panama financial government institution. -- "...data center with servers and computer infrastructure designed by the Huawei company." grants China complete control of financial and data base information legitimizing jurisdiction over Panama. -- Panama National Assembly is now at risk of corruption due to China's International Bank lucrative political influence. Everyone in Panama must have known former president Varela was on the take with his very enthusiastic trips to China. The United States may be forced to take drastic actions before the Huawei servers are in place. Panama effectively, renounced the international neutrality agreement to not favor nations of rogue monetary capacity. Varela crimes: Organized crime...Money laundering...unjustified enrichment...illegal association...corruption of servants.

Panama | China, Panama and the Huawei (Ugly) I tried whole heartedly to warn Panama not to turn over to their computer system. China was going to do this with a new expansion canal Panama / China proposal computer system. Huawei came into the picture and Panama former president (engineer couldn't see it) gave it away! Gave away the Panama flag, because it is now under the jurisdiction of China. Panama nationality is now an illusion with conformity to the Chinese banking system. Varela speech on the Panama canal expansion stating the Panama flag will wave is now... Chinese flag that will wave because of a simple easy to understand principal... China dominates Panama because of the China International Bank and... financial international world trade and data (espionage) credit system...666 get it? Add the U.S. democrats socialist agenda to coincide with China and... The New World Order with China and Russia and Iran and U.S. democrats Socialism... come on, its over and the pride of ignorance is...just a conspiracy theory...do you really believe that? Panama...there is no turning back with what Varela did to you...stab you in the back. There is nothing more I can say...the United States warned you and now Panama will be in the middle of a...major...major war and this time there is no... ONE DAY BOMBING OF WAR AND IT'S OVER...you will get the point...keep buying Huawei!!! Former Panama president Varela only sees fast profits and a get-away in his yacht. No turning back...China has their prize, flag, free zone, international bank, Huawei, and future amenable corruption of the National Assembly. Let's face it, a China International Bank and a corrupt system of briberies, forget it, it's over!

Martin... couldn't agree more. Huawei is required by Chinese law to hand over any data it collects in the course of doing business. Like many other Central and South American countries, looks like Panama is on it's way to becoming a wholly-owned subsidiary of the Chinese.

More information please. WHY is a digital free zone desired in the first place and by whom? Who does this benefit? Who might not benefit from it? And since it has been proven that Huawei is a spy agency for the Chinese military establishment, not a private corporation (though it acts like one) why would Panama trust them? This smells of spy craft of the highest order.