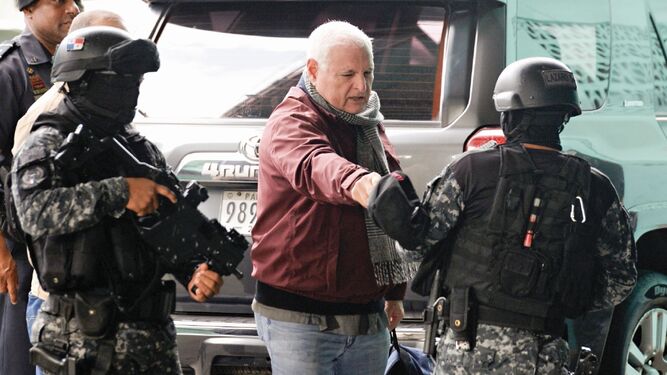 The Public Ministry   believes  that the wiretapping and embezzlement  crimes of former president Ricardo Martinelli  are  “already proven” and may not call all of the 77 witnesses.

Prosecutor Aurelio Vásquez said on Tuesday, July 2,  that it is enough to prove that one of the victims was the object of the wiretappingand that was already aired at the hearing.

He said that several of the victims who already testified at the trial described "in great detail" the time, manner and place of how their emails, telephone conversations and personal dialogues were spied on.

Among those who have told their case before the judges are Mitchell Doens and Balbina Herrera, leaders of the Democratic Revolutionary Party, who reported that through the Auxiliary Prosecutor's Office they learned that they had spied on emails with information on party matters and personal issues.

Another of those who testified was the ex-judge of the Electoral Tribunal  Erasmo Pinilla, who gave details of how an email he exchanged with Doens was intercepted

Doctor Mauro Zúñiga and the lawyer Genaro López Bultrón are among those who have presented their testimony before the trial court.

Prosecutor Vásquez stressed that the testimonies presented by the prosecution have been "consistent", since not only have confirmed that there were interceptions, but there has been evidence of the loss of equipment used by officials of  the National Security Council (CSN) to spy on communications.

Of the 77 witnesses proposed by the prosecution 17 have appeared and, 10  of which are victims.

, Roniel Ortiz,  part of Martinelli’s legal team  said that until now the prosecution has not been able to prove Martinelli's participation in any illicit act and reiterated that most of the evidence presented was fabricated by the CSN.

On, Wednesday July 3, the Public Ministry plans to present three more victims of the punctures. In the list of those still to be declared, are two auditors who prepared a report on the purchase of the disappeared spying equipment.