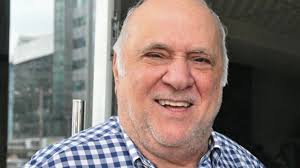 The Second Court of Justice has ordered the reactivation of a case against judicial bullet-dodging former Vice President Felipe Pipo Virzi for alleged embezzlement and illegal appropriation of land.

It also to referred  to the Sixth Criminal Court complaints filed before the Second, Fifth and Fifteenth Prosecutors of the Panama Circuit, and before the Prosecutor's Office of Veraguas, by the owners of the land María Enelda Torres and Juan Carlos Álvarez, through the lawyer Ángel Álvarez, which were accumulated In  a single process.

The complaints are related to the alleged appropriation of land in Veraguas.

Virzi and the fourth Circuit notary, Natividad Aguilar, were denounced for this fact before the Fifteenth Circuit Prosecutor's Office, which already ordered the investigation of both.

The former vice president who has spent years dodging judicial bullets and perpetrated one of his alleged crimes while under house arrest after being let out of El Renacer prison has other legal processes pending.

He i is named in the dossier of the failed irrigation project in Tonosí, accused of in another case of money laundering, related to accounts linked to former judge  Alejandro Moncada Luna.

Both files are in cassation before the Criminal Chamber of the Court.

Other cases are waiting in the wings.