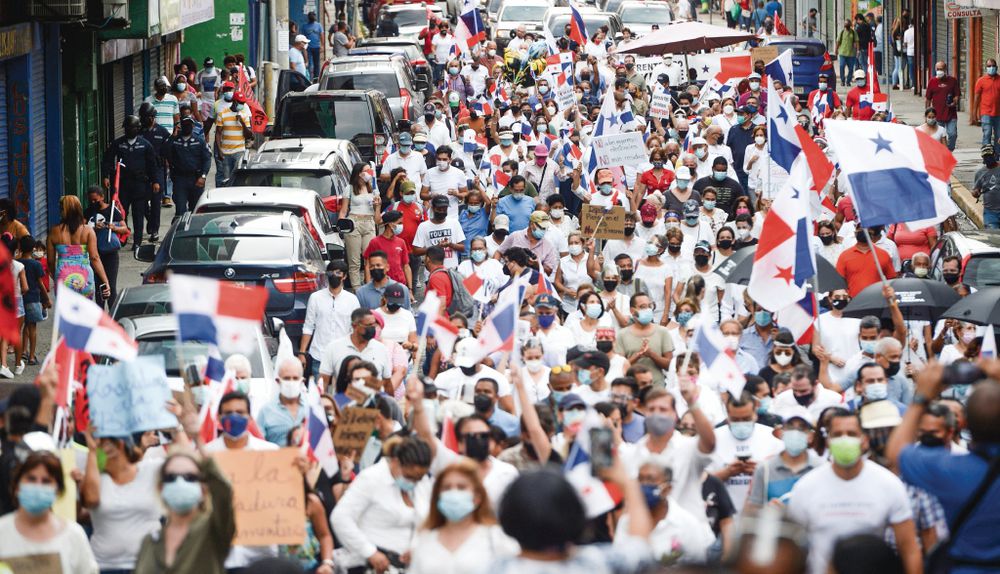 Panama’s Chamber of Commerce, Industries and Agriculture (Cciap), announced on  Sunday, October 24, the convening of the Observatory of the Judicial System to evaluate the electoral reforms approved in the National Assembly.

The Chamber’s president Jose Ramón Icaza recalled that the observatory is made up of professionals with great experience and knowledge in jurisprudence and will be called because the recommendations of the National Electoral Reform Commission were ignored.

"The main decision-makers of the country chose to ignore the express will of those who participated in the electoral reform process since its birth, to favor the electoral interests of a minority," Icaza recalled in the union's weekly bulletin.

The plenary session of the National Assembly was approved in the third debate on Friday, October 15, bill No. 544, which reforms the Electoral Code.

Four days later, on the eve of a  citizen protest, march President Cortizo vetoed only one article of the reforms. After knowing the position of the president in the Government Commission of the National Assembly, he recommended to the plenary session to eliminate article No. 227.

That article said: “An amnesty is ordered for the fines imposed on the candidates who participated in the 2019 electoral tournament, who have failed to comply with the presentation of reports on campaign income and expenses established in article 215 of the Electoral Code, which at the date they owe ”.

On the afternoon of this Wednesday, October 20, the plenary of the National Assembly accepted the partial objection of the president to the electoral reforms.

Icaza recalled that at different times the Cciap observatory has reviewed high-profile cases and fundamental documents such as the proposal for reforms to the Constitution presented by the Camber always with clear objectives of transparency, justice, and accountability.

"We trust that they will help us provide the country with a report that, in addition to teaching and enriching the debate, will serve to determine whether the approved reforms have any signs of unconstitutionality," said Icaza.

If these signs of unconstitutionality are found, the Cciap - and the people and groups that wish to join - would present a lawsuit before the Supreme Court of Justice that defends the right of citizens "to a fair and equitable Electoral Code ."