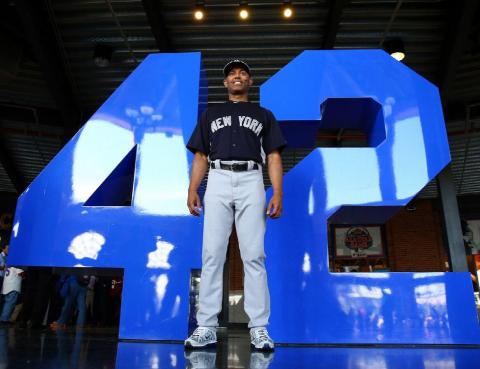 Meanwhile back in Panama, Sunday draw lottery tickets with the pitcher’s number (42) were hard to come by.

When the Panamanian pitcher retired in 2013, it was assumed that he would be selected to join the immortals, but he exceeded all predictions by being chosen unanimously with 100% of the votes.

The 49-year-old  right-hander from Puerto Caimito retired as the all-time leader in saved games with 652, after 19 seasons in the majors, all in the uniform of the New York Yankees. He won five World Series rings and participated in 13 All-Star Games. He joins Panama’s Rod Carew who was inducted in 1991.

In addition to Rivera, pitchers Mike Musina, Lee Smith and Roy Halladay (rip) also entered the Hall of Fame along with Harold Baines and Edgar Martínez.

Panama President Laurentino Cortizo,  who is in New York to meet with bankers attended the induction.