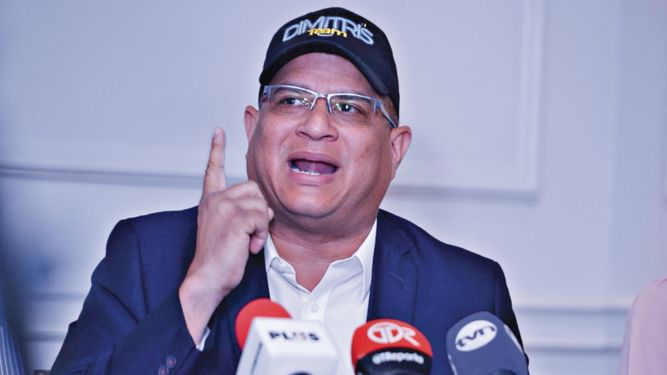 An attempt by an independent pre-presidential candidate to muzzle a Panama newspaper has backfired as the paper responded with a front-page story, a photograph, and a strongly worded editorial.

On Thursday, Dimitri Flores wrote via WhatsApp: “I prohibit the newspaper La Prensa and its journalists from using my face and image in any news about me. And any malicious news that damages my image will be denounced and sued before the corresponding instances. In a few words, you do not have any authorization from me to promote either for or against my image ”

This, after a journalist, requested statements about a conviction against him, dated June 28, 2022, which implies 60 months in prison and the payment of a fine for the crime of fraud. The process in question refers to events that occurred in 2011, reported La Prensa.

The pre-candidate, who in the 2019 elections unsuccessfully tried to reach one of the three presidential candidacies for free candidacy, said that it is a "rigged process" and described it as a "hoax".

In his sentence, the Second Criminal Cases Liquidator Court of the First Judicial Circuit details that Flores, “Will be disqualified from exercising public functions for three years, once the main sentence has been served."

Flores also sent three voice messages in which he replied about why La Prensa intends to publish on a topic that another media outlet had already disclosed "Now you want to stir up something that was already there... a public statement was even made... I do not understand why or for what, "he questioned.

Conviction appealed
Regarding the conviction against him, Flores announced, both in his voice messages and in an "explanatory note", that he will make use of the legal resources to which he is entitled. "It was appealed and the corresponding instances are being followed... It is following its course as it should be," he said. “That is not firm,” he added.

He also questioned why La Prensa  did not publish anything about the helicopter accident that he suffered last month, along with five other people, when the aircraft fell in a mountainous area in the province of Chiriquí. Everyone on board survived the impact. Flores, and the other passengers, suffered injuries.

At the time, on August 10, La Prensa covered the events, as it initially reported the accident and then disclosed the details of the rescue of the passengers.