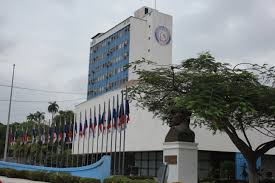 "This Assembly understood the message and its current leadership is working on the mandate entrusted to us by citizens: working incessantly in search of consensus with the other State Bodies, modernizing our structures and with the doors completely closed to corruption and totally open to transparency, "he said in his speech that began at 6:58 am.

However reports La Prensa, Castillero made no reference to the audits o the deputies'  expense forms or to the new contracts that have been made in the legislature or the budget for the fiscal year 2020.

Instead, he said that in the 100 days they have had 95% attendance in the plenary, and "with this we are demonstrating our absolute commitment to the viability of Panama's growth and development."

He said his colleagues and the Executive have presented 220 bills, with 19 approved in third debate.