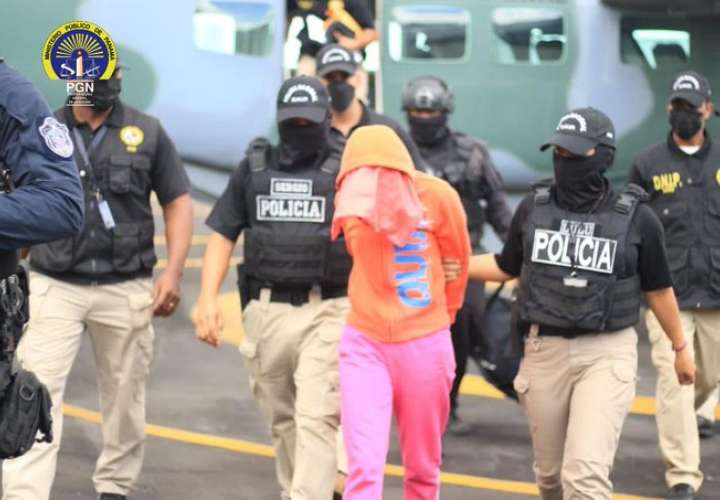 A former justice official who gave advice to a criminal gang linked to a Colombian drug cartel was arrested  Thursday in Los Santos in a  series of raids in the continuing Damascus operation  The director-general of the National Police, John Dornheim,  said that it was a joint proceeding with the Public Ministry.

The superior prosecutor against Organized Crime, Emeldo Márquez, explained that the former official, a woman aged 36, basically provided advice on the defense strategy to the members of the network, which is allegedly linked to the Clan del Golfo, from Colombia.

Márquez said that the former official provided confidential information to the members of the network that was dismantled after the Damascus operation. , and she was obviously offering data on investigations that were being carried out.

The prosecutor said that information will be requested from the Judicial Branch to establish what were the positions that she held during the period that she allegedly provided data to the network of traffickers.

Dornheim affirmed that the police actions will continue until they capture Robert Aguilar Becerra, alias Robert, head of the criminal group, and other members of the Honesty and Purity (HP) group.