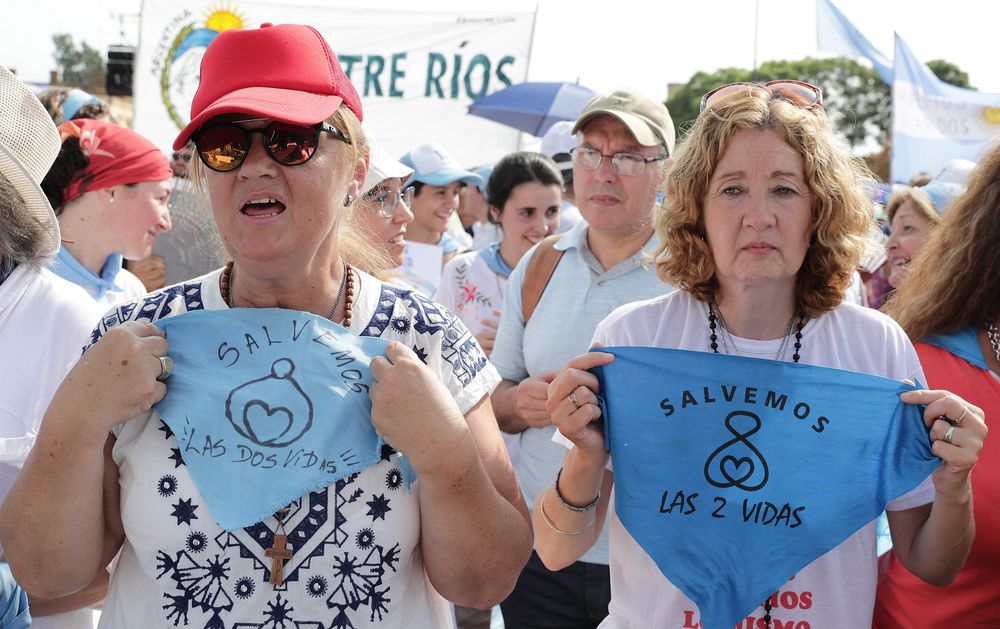 The Argentine Catholic Church on Sunday, March 8  celebrated a mass  “in favor of life” to mobilize its faithful against a bill to decriminalize the abortion that the government of the Peronist Alberto Fernández will send to Congress shortly.

Convened on International Women's Day, the mass drew a crowd in front of the Basilica of Luján, 75 km west of Buenos Aires and the epicenter of Catholic celebrations in the home country of Pope Francis.

"Millions of Argentines and Argentines, believers and non-believers, have the deep conviction that there is life from conception," said Monsignor Oscar Ojea, president of the Argentine Episcopate, in his homily.

"It is unfair and painful to call them anti-rights or hypocrites," he said. Alluding to

Fernandez's speech when announcing the sending of the project to the Legislative Assembly on March 1 he considered hypocritical to deny that "abortion happens."

In Argentina, abortion is only allowed in cases of rape or when the woman's life is at risk, as established in the Criminal Code since 1921.

Abortion is punishable by sentences of between one and four years in jail.

In 2018, a project seeking decriminalization obtained the support of the Chamber of Deputies but was rejected in the Senate in a historic first parliamentary debate accompanied by massive demonstrations.

The partial renewal of both houses of Congress in the elections last December and the impulse of the Executive's project renewed the mobilization of feminist movements in favor of legal abortion as well as the Church's decision to lead the resistance to the norm along with other creeds.

A crowd of people heard the homily from the Basilica esplanade amid banners and blue scarves.

The color contrasts with the green of the handkerchief of feminist movements that announced a women's strike and mobilizations for Monday.

Ojea asked that "dialogue be the path of social debates in Argentina from respect and not from the emotional dialectic of those who impose and silence those who think and feel different."

"Disqualification and stigmatization do nothing but deepen the divisions among Argentines," he added.

Although the Executive Branch keeps the details in reserve, the president announced that the project will advance in legalizing abortion "in the initial time of pregnancy" and in allowing women access to the health system when they decide to abort.

The Minister of Health, Ginés Gonález García, said that "the legal abortion will be until the 14th week of gestation", in an information published Sunday in the Clarín newspaper.

The minister also indicated that the project includes conscientious objection of health professionals who refuse to perform abortions, but that all health centers must guarantee medical practice.