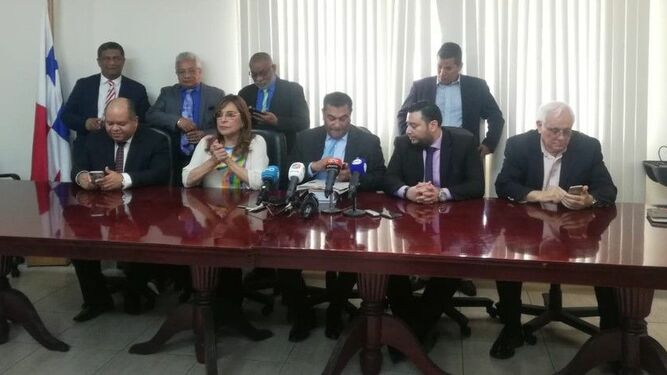 The appeal will be filed before the Second Chamber of the Supreme Court. while the appeal for annulment will be brought before the High Court of Justice.

On August 9, in a unanimous ruling, a trial court found Martinelli not guilty of the accusations of alleged political and peculated espionage and lifted all the precautionary measures against him.

The court  also ruled out the precautionary measure of house arrest, but maintained the impediment of leaving the country until the sentence was formally read, on August 26 at 4:00 pm Before  he was behind bars  for two years, : one year at the Miami Federal Detention Center and another at the El Renacer prison . Since June 11, he was under house arrest.

The judges considered that the prosecution could not prove "the theory of the case" and that various inconsistencies were observed.

The lawyer of the complainant Mauro Zuñiga, Carlos Herrera Morán, said Tuesday, August 13 at a press conference at the National Bar Association that the not-guilty ruling fills the Panamanian nation with shame.

According to Herrera Morán, it was an unfair and divorced sentence of the Constitution and the law. "That it is based on an unconfessable situation on the part of the three judges."

Herrera Morán recalled that in the intermediate stage of the process following Martinelli, the statement of the protected witness was declared legal.

Thank you President Martinelli for building bridges and paving roads in the interior. Nothing worthwhile happened under Varela a do nothing President. Let Martinelli live what is left of his life in peace.