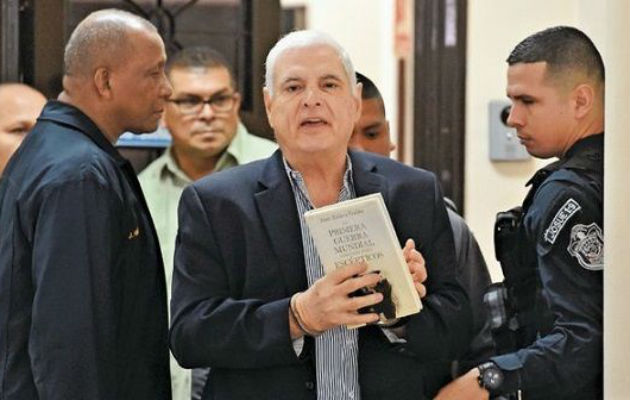 Panama’s Superior Court of Appeals did not admit the challenges presented by the plaintiffs against Ricardo Martinelli appointee Judge Roberto Tejeira, who will preside over the court handling the oral trial of the former President

According to the ruling, on   Friday, March 1judges Roberto Tejeira, Raul Vergara and Arlene Caballero must continue with the criminal case.

The same court did not approve the recusal that was presented by the lawyer Carlos Carrillo, member of the defense team of Ricardo Martinelli, against Judge Arlene Caballero.

The presiding judge will be Roberto Tejeira, who in 2009 was appointed as advisor in the Ministry of Government and Justice by  Martinelli. Later, he was secretary general and deputy governor of Panama, during the management of Mayín Correa (2009-2014). A longtime political supporter of Martinelli He was also a legal advisor to the Mayor's Office of Panama when Correa was mayor of Panama (1991-1999)

Arlene Caballero will be the judge rapporteur. Previously, she was the coordinator of the Office of Implementation of the Accusatory Penal System of the Judicial Organ (OISPA) and later was secretary of the Criminal Chamber of the Supreme Court of Justice (CSJ) during the presidency of José Ayú Prado who he appointed Attorney General  and later Magistrate of the Supreme Court by Martinelli. Ayú Prado declared himself disabled in the illegal wiretapping case

The third judge will be Raúl Vergara, who was the Eighth Criminal Circuit Judge of Panama.