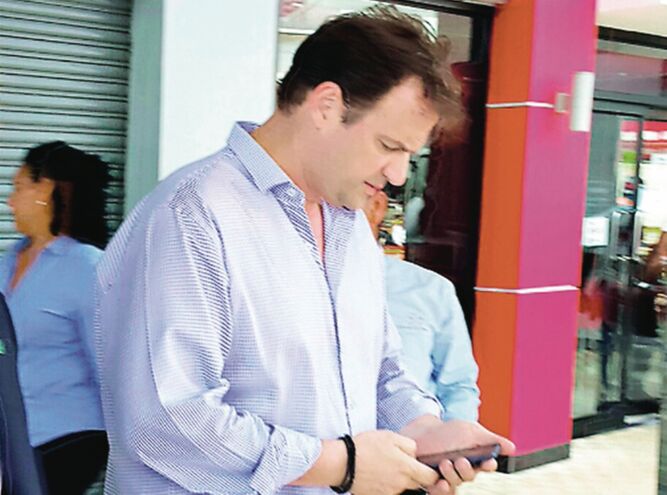 Lymberópulos. slips the hook for the second time

Panama’s Public Ministry has received another blow to its investigation of some $90 million paid in brines by the Odebrecht company as a Supreme Court ruling lets a prominent businessman off, the hook in a process related to Odebrecht bribes paid by  Odebrecht.

in a July 31 ruling  The Second Superior Criminal Court quashed the investigation of money laundering by Fotis  Lymberópulos.

The lawyers argued that the prosecution filed charges with Lymberópulos for the alleged money laundering, using the criminal bribery as a precedent, although by the date the facts were recorded [the year 2007] said the crime was not classified as national legislation

They warned that the prosecution of the Public Ministry was based on the fact that Marpesca Seatrade, LLC, linked to Lymberópulos, received three transfers: $ 225,000, $271,000 and $190,000 between April and May 2007, from Odebrecht, the date on which the Criminal Code of 1982 was in force, which did not include the crime of international bribery as a precedent for money laundering.

The court's ruling coincides with the defense of Lymberópulos, arguing that at the time of the facts investigated the crime of international corruption was not in force in Panama as a precedent for money laundering crimes.

On November 21, 2018, the Special Anti-Corruption Prosecutor,, ordered the investigation of Lymberópulos, after it obtained information that Marpesca Seatrade LLC allegedly received funds from Odebrecht, transactions that were channeled through the SunTrust Bank.

The prosecution obtained the data, after the collaboration agreements reached with former directors of Odebrecht, who provided information on the basis of the alleged payment of bribes made to natural and legal persons.

According to these documents, Odebrecht made payments to accounts of companies linked to the corruption scheme, among which was Marpesca Seatrade, LLC.

According to the prosecution, Marpesca Seatrade, LLC is a company incorporated in the jurisdiction of Florida, United States, and among its directors are Lymberópulos and Darío Picans.

In a statement to the prosecution, Picans said that the company had offices in the United States and that financial matters were handled by Lymberópulos, who owned the company. However, he said he had no knowledge about commercial relations with the Constructora Internacional del Sur or with Odebrecht.

Last week, the Second Court also denied the prosecution a new extension to conclude the investigation of the Odebrecht case.

In 2017, the Second Superior Court confirmed a decision of the Fifteenth Court to annul charges and the order to investigate Lymberópulos in the case of helicopter rental through the National Assistance Program.