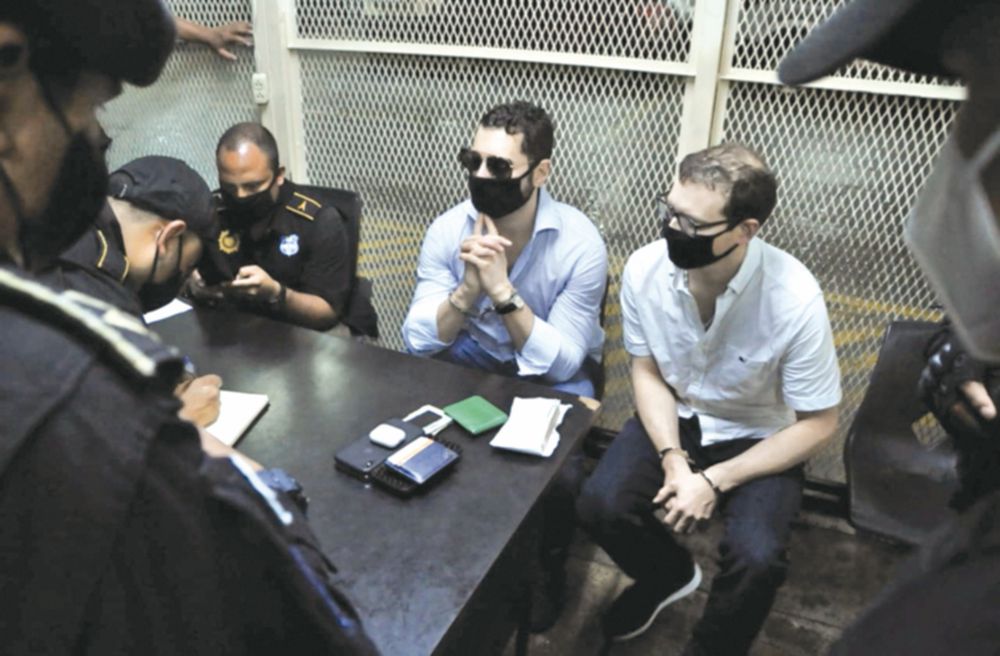 The Guatemalan  Attorney General, María Consuelo Porras Argueta has moved to lock the door to  the attempted escape route of the two sons of former Panama president Ricardo Marinelli by oresenting an Amparo of constitutional guarantees , "by virtue of the certain, real and imminent threat" that the Central American Parliament (Parlacen) swears in Ricardo Alberto and Luis Enrique Martinelli Linares as alternate deputies of that body.

With their eventual swearing-in, the Martinelli Linares brothers "intend to avoid the extradition procedure and request, urged against them by the United States of America, after investing criminal orders against them," said a statement from the Guatemalan Public Ministry.

Porras Argueta requests that the president of the Parlacen, the Guatemalan deputy Nadia De León Torres, be ordered not to carry out the swearing-in act, “in order to avoid the evasion of the law that they seek, and with which they would be violating the principles of security, legal certainty and the principle of legality ”.

Nadia De León Torres, who is active on social networks, has not written anything about it.

Last week, the Parlacen board of directors instructed the Panamanian bench in that forum to swear-in the fugitives, as alternate deputies, at their next session. The majority of the 20-member caucus publicly expressed their rejection.

The brothers have been detained in Guatemala since July 6, at the request of the US, on charges of alleged money laundering and conspiracy to launder, linked to the bribes of the construction company Odebrecht

The United States, warned that the swearing-in of both as alternate deputies "would damage the rule of law and promote impunity in the region," said. Acting Assistant Secretary of State for Western Hemisphere Affairs Michael Kozak.

"Individuals within Parlacen would like to use membership as a shield to block the extradition to the United States of accused criminals," Kozak on   Twitter, this Tuesday, with the hashtag "united against corruption." The message was retweeted by the American embassies in Panama and Guatemala.