Anatomy of a busted criminal gang 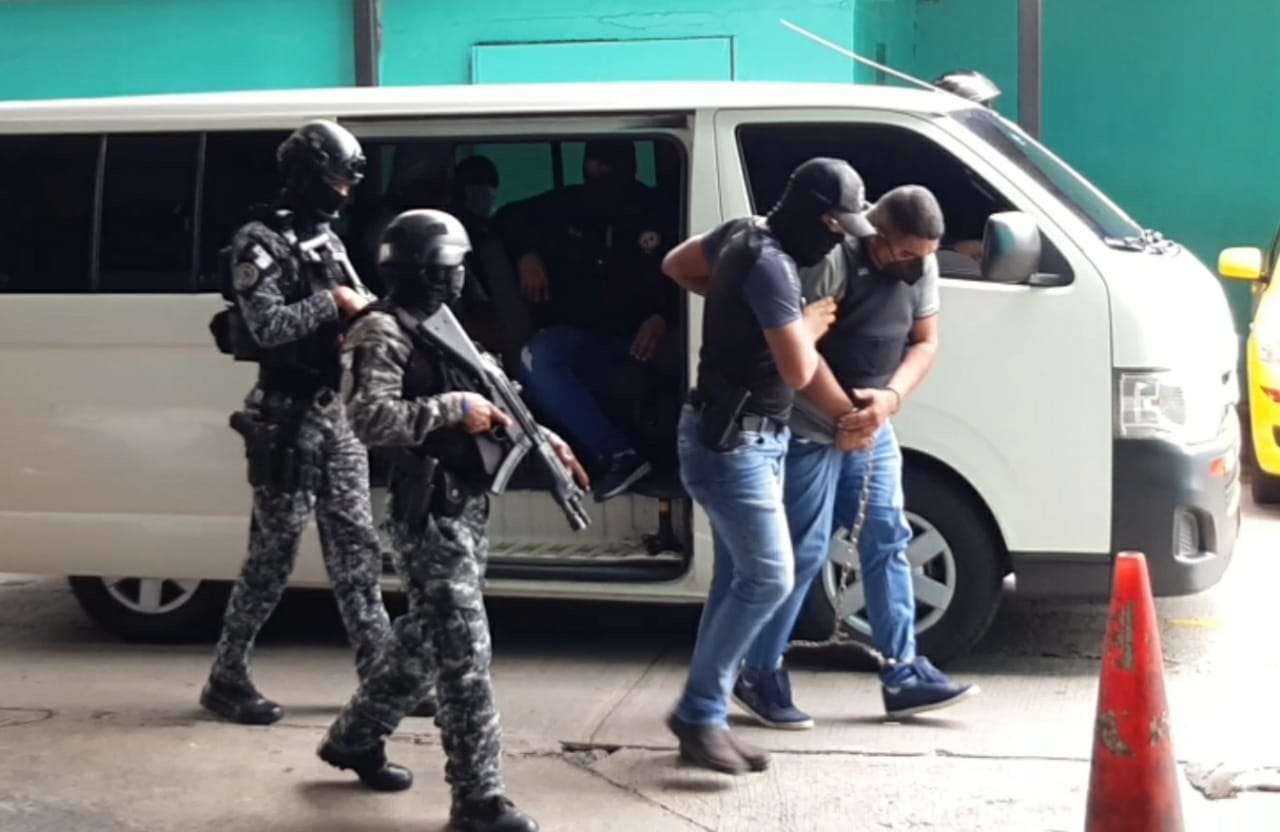 That may represent between 30% or 40% of the total drugsthat the gang may have moved during this period. "It is an organization with significant economic power that invested money in goods, land, cash

The prosecution, in conjunction with the police, captured the leaders of the gang last week during operation Neptune   a strong blow for the organization, which will likely  provoke more assassinations as the power struggle begins to rebuild the organization.

Shipments that have been awarded to the organization, due to its contacts with traffickers, and that were transported by land and sea, the revenues of which are part of the evidence kept by the prosecution before the courts.

The band charges a percentage for the work that the prosecutors calculate between 5% or 10% of the value of a kilo in Panama, which is approximately $5,000. The payments can be with drugs, money or weapons.

A second lieutenant of the National Police was uncovered during the investigation, according to the prosecutor.

"In this case, crimes of illicit association to commit a crime, money laundering and drug-related crimes were charged, but there are pending charges for crimes of homicide, gang activity and organized crime that the different prosecutors will do," said De La Torre.

Before the court, the prosecutors described the leader of the gang, “a subject of Panamanian nationality named Jorge Rubén Camargo, alias 'Cholo Chorrillo', who maintains  power inside and outside of any penitentiary center, and to lower his profile creates resocialization cells for young gang members in the capital, with the aim of masking their criminal activities .

According to the investigations, the structure of the organization allowed several collection fronts at strategic points, each with a leader, who in turn had collaborators who have the function of receiving, transporting, distributing and guarding the shipments from South America. to then move around the territory with modified cars with a double bottom.

Through specialized investigative techniques provided by the United States' specialized anti-drug agency, the DEA, and follow-ups, the prosecution identified certain targets of the gang that later expanded the spectrum and ultimately culminated in the apprehension of 19 leaders in charge of different areas of the country, such as the neighborhoods of Boca La Caja, El Chorrillo, and in the Arraiján sector,.

During the raids, the authorities were able to obtain  data such as telephone numbers, addresses, payments made, nicknames, information that reveals the amounts received by groups that are already prosecuted. "There were also other names that do not belong to the band and that will be investigated," said the prosecutor.

In Panama it is common for these groups not to commit to a specific cartel, but to sell their 'services' to the highest bidder, they have no preference, they do the work under contract, De La Torre said

In the case of Baghdad, the prosecutor considers that they were permanently active and operational, movements once a week, sometimes with 100, 300 or more kilos, depending on the needs. "They received, guarded or stored the drug and transferred by land to Central America or embarked again in boats after having stored the drug," he explained.

The link with the event that occurred in La Joyita prison, in December 2019, arises from the reports of the victims who survived the attack in which 13 prisoners lost their lives and another 14 were injured.

It was about the break between members who belonged to the same gang, some from the Chumical Valley and others from Baghdad, who fought for drug reception points, territories for which they charge a kind of toll or tax for their use.

In turn, the event unleashed a series of murders, more than twenty, including one in Arraiján in which a baby and his parents died, all as a result of the rivalry unleashed between members of the same criminal group. These crimes will be charged later by the corresponding prosecutors.

A second lieutenant of the National Police was uncovered during the investigation. It is not a leader, but a logistical support, information and protection to the cells of the gang in different places, Arraiján, Boca la Caja, El Chorrillo, among others. The officer reported movements, the routes of a patrol or a patrol, the time they occurred, the area, all this in the Arraiján area.

The soldiers have valuable information for these organizations that maintain a high economic profile that manages to buy consciences and corrupt, in this case the second lieutenant and others, since the prosecutor does not rule out more uniformed people involved.

“The second lieutenant had been cooperating with the criminals for almost two years. They also use them to kill drugs, setting up fake checkpoints. The policemen have access to certain logistical elements, vests, uniforms, cars,  ”said De La Torre.

The prosecution maintains that this group not only specialized in drug trafficking, but has also been linked to contract killings, possession of firearms, robberies, money laundering and vehicle theft, among other related crimes that are coordinated by telephone.

On the day of the raid, the prosecution found $73,000 in one of the residences, a figure that does not represent all of the cash seizures There are also 24 cars, of which 4 were armored

Generally, when gangs experience the arrest of their leaders, internal fights arise to decide the replacements and territories to control. The prosecutor said that it is very possible that in this case the gang is going to reorganize.