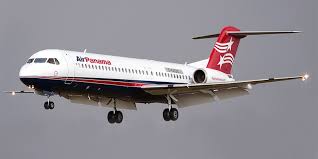 Air Panama and Copa Airlines have declared themselves ready to resume domestic flights on  Monday, September 28, after a  six months hiatus brought on by the pandemic.

Air Panama, general manager, Eduardo Stagg, said on Thursday that they will begin with a daily flight to the city of David, Chiriquí, and to Isla Colón and Changuinola, in Bocas del Toro. All flights depart from Marcos A. Gelabert Airport.

On social networks, the company is promoting  $99 round trip tickets, but the price does not include airport and fuel taxes.

Flights will be available in the restart phase on Mondays, Wednesdays and Fridays. To stimulate demand, the company has a price of $69 per trip, including taxes.