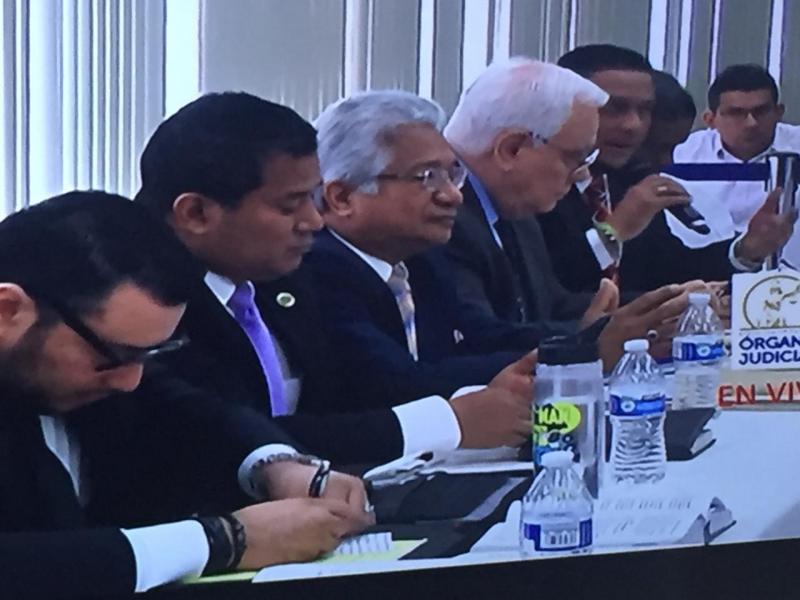 Martinelli and his legal team

The judge of guarantees, Francisco Carpintero, has ordered the director of the National Security Service, Rolando Lopez, to guarantee officials of the body to be notified for the oral trial of former President Ricardo Martinelli.

The defense of the former president claimed at a Thursday hearing denounced that Lopez has hindered the notification to officials of the Service who were admitted as defense witnesses in the oral trial against Martinelli for the illegal wiretapping scheduled for Tuesday, March 12.

Judge Carpintero, also denied new medical evaluations of the former president during a  hearing in the Second Superior Court on Thursday, February 28 but he accepted an the evaluation  by the Legal Medicine Institute of the Public Prosecutor's Office of to will evaluate two medical reports, one on January 26 and the other on February 1, 2019, to determine Martinelli’s health conditions He has been held n El Renacer jail since June 12 last year and plans to run for election for mayor of Panama in spite of his ailments..