84  witnesses in Martinelli trial may be reduced 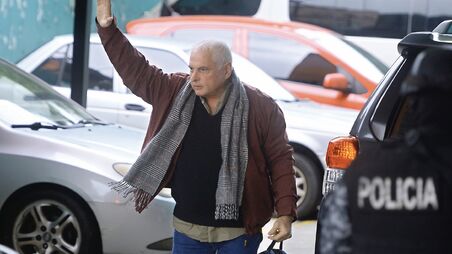 The Public Prosecutor's Office (MP)  has announced that it may not produce all of its 84 witnesses and experts in the wiretapping and embezzlement trial of former president Ricardo Martinelli in which it is calling for a 21-year sentence.

Waiting in the wings are investigations  of  at least a dozen corruption cases, involving the ex-president  which will fatten the wallets of the team

Meanwhile his two fugitive sons are in the US, facing an extradition process to face corruption and money laundering charges.