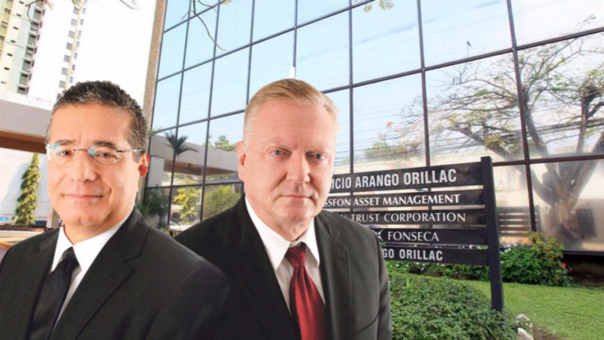 The Third Liquidator Court will hold a hearing on Tuesday, June 1 with 42 people accused of alleged money laundering through the Lava Jato (car wash) operation.

Among the defendants are Jürgen Mossack and Ramón Fonseca Mora, from the defunct law firm Mossack Fonseca, which is linked to the creation of offshore companies through which large sums of money were allegedly deposited to acquire real estate to launder the money the product of the payment of bribes.

The investigation began in 2014 when the Brazilian authorities that carried out the Lava Jato operation discovered that María Mercedes Riaño, an employee of Mossack Fonseca, was contacted for the creation of companies whose objective was to mobilize illegal funds.

The then Brazilian judge Sergio Moro, a key player in the corruption investigations in Brazil, assured that there was “evidence that Mossack Fonseca has provided the necessary services for the opening of offshore companies for, at least, four agents involved in the scheme to launder money ”.

As a result of this, then-attorney general Kenia Porcell announced the opening of an investigation for alleged money laundering.

La Prensa  reports that the court has not yet released details of where the hearing will be held and whether it will be in person or virtual.

Panama: Courts... Trials... Evidence... Delays... Justice? More bribes and delay? More cancer deliriums? More threats to exposed witnesses? More new amateur prosecutors? Court room theater curtain rises and the hop along... Martinelli does his tap dance with the Mafia pulling the marionette strings. What will it be this time? United States will have evidence and Panama courts dismisses cases? U.S. will eventually say... What planet does Panama court system come from? All that money... just disappears without evidence? Panama and their engineering marvel expansion canal and money just disappears? That is not like Panama, unless Panama is now in Mafia jurisdiction. The legacy of Martinelli and the... Sons of the Underground? Let's not forget Martinelli's Chichi De Obarrio and... former Panama president Varela that old Chinese lover with a $50 million restaurant gifted to China / spy headquarter. What is the case evidence report on that deal? None whatsoever! Just more Italian wines... Italian mafias in Panama sure no how to celebrate! So, what the usual underground discussion? Connections of course! Start out with the Martinelli pardon of [hundreds] of pardons and... no case on the subject matter for the courts! Let them roam the street... possibly... mafia gangsters. How many... how many gangs were there again? Hundreds with ready-made bail money? How many Panama prosecutors? Martinelli takes care of that... lawsuits! Take their homes with their children and leave them out in the cold with the rest of the gangs and person disappearances! Panama will be the story telling gang spree crimes in the annals of... history!