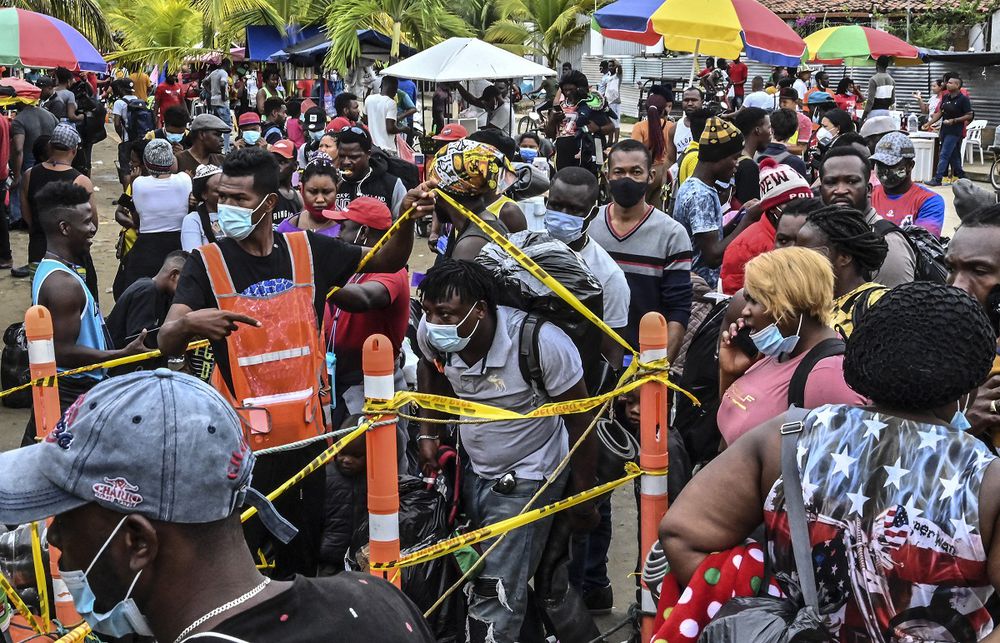 AFP- About 19,000 migrants, "mostly Haitians," are stranded in a port in northern Colombia waiting to board vessels that take them to the border with Panama said the Ombudsman, Carlos Carmago on Wednesday.

"The migrants, Camargo added, are waiting for a quota on boats that go from the small port of Necoclí to Acandí, a border community in Panama.

By an agreement between the governments of Colombia and Panama, the transit of migrants is restricted to a maximum of 650 people a day. More than 50,000 have crossed that border in 2021.

Travelers must cross the Gulf of Urabá, a sea stretch of about 60 kilometers, and circumvent the threat of the Clan del Golfo, the largest armed drug trafficking organization in the region.

The place is one of the main transit points for Haitians, Africans and Asians seeking to reach the United States through crossing to Darien Gap jungle, one of the toughest sections of the trip to North America.

According to Camargo, the companies that offer transport in small boats are selling about 250 tickets a day each, but in recent days the number of migrants in transit arriving in Necoclí are facing the impossibility of getting a ticket.

Some 11,500 people have bought tickets to make the trip before October 13. "There is an undetermined number of people who have not been able to acquire their tickets" and resort to crossing the sea in "illegal boats," added the Ombudsman.

In January and July of this year, authorities had already reported the overflow of the Necoclí port, a population of about 45,000 inhabitants. Travelers often camp on the beach.

Tens of thousands of migrants, especially Haitians, have arrived at the Mexican border with the United States in recent months. Many of them made the transit through Colombia.

The massive influx of Haitians who have gathered under a bridge in the border town of Del Rio, Texas, has become a problem for the  Biden administration. The US government has resorted to expelling them by plane back to their country.