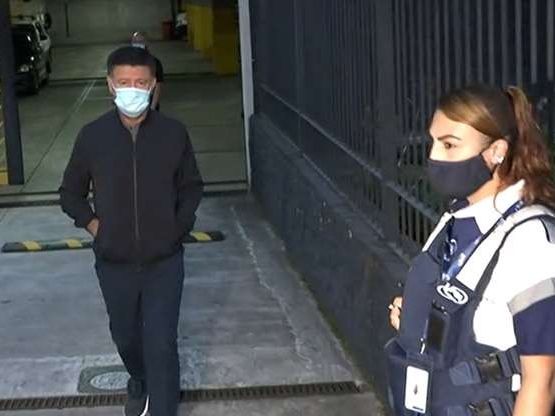 Starting Saturday, March 26, businessmen Carlos Cerda, from the Meco group, and Melida Solís, the owner of the H. Solís construction company, received a precautionary measure of house arrest and the authorities placed a control bracelet on them.

In the Cochineal case, Cerdas and Solís are being investigated for the alleged embezzlement of funds with road works. In June 2021, the Costa Rican authorities dismantled an alleged bribery network in exchange for public works.

It is presumed that the network embezzled at least 78 billion colones, equivalent to about $125 million at current exchange rates.

In addition to Cerdas and Solís, there are another 28 detainees in the alleged corruption investigation, which began to be investigated in June 2021. It is estimated that there are 75 people who are being investigated by the Costa Rican judicial authorities.

Repretel reported Saturday that in the morning the two men were transferred to a monitoring center of the Ministry of Justice, to place the control bracelet on their ankles.

La Nación of Costa Rica reported that a judge authorized Cerdas and Solís to be released from prison and serve house arrest if they provide bail of $10 million and $5 million, respectively.

Cerdas and Solís had been in preventive detention for eight months as defendants in the scandal known as the Cochineal case.

The judge's decision was given despite the fact that the Prosecutor's Office requested that the preventive detention be extended for another six months.
meco solis cochineal
Share
Previous Post
Supreme Court denies Parlecen deputy’s request to leave country
Next Post
Protestors return to the streets Wednesday