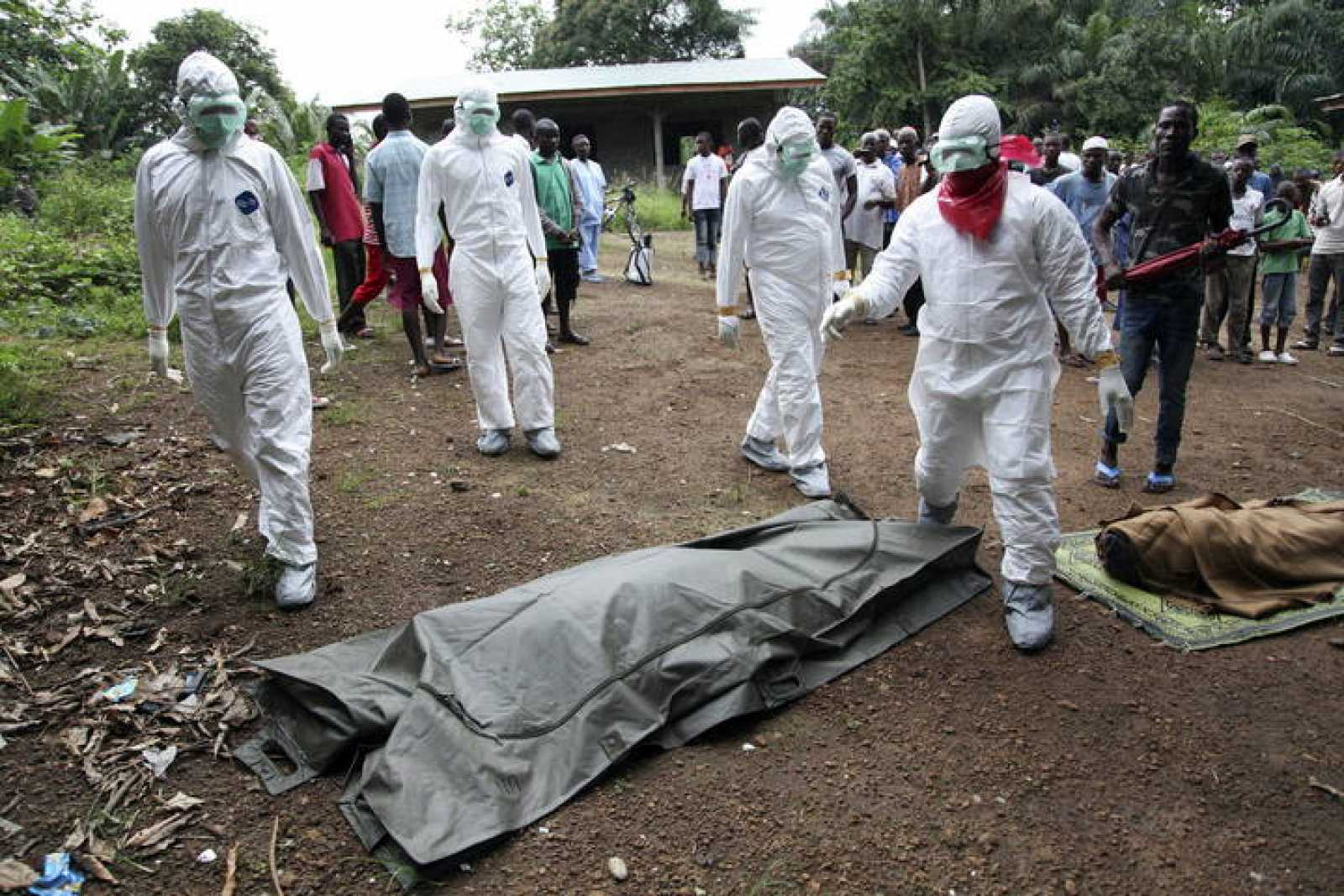 Almost forgotten in the story about the Coronavirus is the story of AIDS. The drive to deal with it, the search to find medicine to cure it, and the self-discipline by homosexuals only began in 1981, when the disease was discovered, and its causes understood.

It was a stroke of luck that AIDS was discovered so quickly. Another five or ten years could have easily passed before it was detected. Then it would have rampaged through societies all over the world.

Long before AIDS became known, the human immunodeficiency virus HIV was at work. Scientists do not know exactly how long, but it was probably around for decades. With better warnings and more time, we could have got a grip on the virus before it traveled around the globe.

I reported about this in 1990. In my column in the International Herald Tribune I wrote on July 28 after a visit to WHO and talking to its top scientists, “Today some deadly virus, maybe much more dangerous than HIV, could be hidden away in some ecological niche, ready at some future date to break out and sweep the world.”

I was rather shaken by these interviews and I wrote, “We ought to decide that AIDS is the last global viral epidemic. We need a world virus watch to alert the medical community to something dangerous before it strikes far and wide. We need a system to watch and destroy viruses before they work their destructive course. We live in one world so we need a one-world monitoring system.”

To its credit the WHO pushed for this, but it never garnered the support that was required. Then in 2003 SARS struck in East Asia and we saw and heard reports of brave doctors and nurses in China, Hong Kong, Taiwan, and Singapore risking their lives to contain it before it decimated their populations and spread to the rest of the world. (For SARS there is still no vaccine.) Six years ago in West Africa, the deadly Ebola virus struck on a major scale. (Now there is a vaccine.)

We had warning enough about what I had called, “A deadly virus that could be hidden in some ecological niche”. We didn’t pay enough heed to it. Those epidemiologists who were alert to this danger were not listened to then, and even today in the US of President Donald Trump they are not listened to. Not only should Trump be leading in the right way in the US, but he should also be setting in motion now a plan to planning preparedness, using WHO, for the next big one which will surely arrive sooner or later. Instead, he is withdrawing the US from WHO.

We must take our hats off to the handful of countries that have succeeded in countering the Coronavirus’s worst effects: Sweden, first and foremost, South Korea, Japan, Vietnam, Germany, Greece, New Zealand, Thailand, and Uruguay. They form an enlightened core group who should take the lead in WHO for “a preparedness plan”.

In Europe and America, the Swedish “light touch” model was often misunderstood and ridiculed. Now we can see it was the right one. Its economy is the best performing of large economies in Western Europe, its number of deaths per capita, although more than its Scandinavian neighbors, is less than that of the US, the UK, Spain and Italy and its social well-being (good mental stability, no wife-beating, etc.) has not been hurt by unnecessarily forced confinement.

Besides the need to emulate the Swedish model instead of going for massive lockdowns, universal health care in poor countries is also necessary if the birth and spreading of a new virus is to be averted. The WHO says that half the world does not have access to essential medicines, vaccinations, diagnosis, and preventive care. In this environment, a new virus could get up a head of steam before it is noticed.

Universal health care should not be over the longer term a burden. A healthier population stimulates economic growth that benefits everybody. The productivity of healthy people outclasses that of sick people. Healthy people are more likely to want education or to set up their own businesses.

A health care system need not be too expensive, according to The Economist in an article written two years ago. Chile and Costa Rica which have a good health sector spend about one-eighth of what America does per person yet have similar average life expectancies. (In fact, longer than America’s minorities and poor whites.) Thailand spends $220 dollars per person a year on health and yet has a longevity nearly as good as European countries. Rwanda, which a decade ago was one of the poorest countries of Africa, has introduced ultrabasic health insurance for more than 90% of its people. Infant mortality has fallen from 120 per 1000 live births to under 30.

Our leaders must say today, “There must never be such a virus wreaking havoc again”, followed by an urgent coordinated worldwide effort to forestall it. A healthy health care system is obviously important to people today, but it is also preventive and prophylactic of viruses to come. Moreover, as distances keep shrinking and people travel and mix more, we can no longer afford to think nationally about disease. When it comes to disease, for better or worse, whether we are rich or poor, we live in one world.

Carlos, like all feeble minded souls, you prove it every time you try to respond to facts. Like hogan and others like him, you bring a pocket knife to a gunfight!! Truth never sits well with trumpites. You thrive on sick emotions that thrill to the tune of ridiculous comments uttered by small minded fools like the orange dotard. And you are offended when his ignorance, and therefore, yours, is thrown in your face. Be assured, I am very much awake. Are you?? Are you still believing the absolute ignorance that spews daily from "hogan's hero" as facts? Just as the old tv show was a joke, so is the orange dotard. And therefore as you obviously are a devotee of the fool, I can only conclude that you and hogan are just as ignorant and myopic as he is. I still have faith in humanity though and therefore know that it is not too late for even you. There is still time for you to learn how to tie your laces.....and maybe distinquish facts from utter foolishness. Work on it my friend. There is always hope.

Don't know who you are, Ajd and Observer, but you see beneath the crap.

ajd you are a idiot. Wake up before you can't.

Hogan is at it again!! "Scaring people into servitude". The tool of "tyrannical political despots". The perfect description of hogan's hero, the orange dotard. Remember the deadly caravans, the white nationalism thriving under his administration, the appeal to white inferiority disguised as failing superiority complexes....of trump's dwindling appeal to his shrinking base. Hogan is a dinosaur whose views continue to show a myopic and truly ignorant perception of the real world. Unfortunately though his views are exactly representative of the trump world, where wannabe despots fail right before our eyes. But they still manage to sweep up the weak-minded in their feeble attempt to fool the world into thinking that they really offer something of any redeeming value. Hogan believes it! That is why he can look in the mirror and not see the fool staring back at him.....just like trump. Incapable of seeing reality. The only question is just how much more damage will be inflicted before his attempt for despotism is finally and completely pushed to the trash heap of history.

Oops. Power was calling for world unity to address the next pandemic. but seeing the results of Ebola in an African "shit house" upsets your susceptibilities. How about Trump's latest reference to 155,000 US virus deaths as "as it is"?

The picture depicted is so offensive (as is the opinion of Jonathan Power) -- yes, I know: scaring people into servitude is a powerful tool of terrorists (aka tyrannical political despots). And whatever happened to the barrage of videos out of China where we were subjected to watching people falling literally dead in the middle of the sidewalk -- not one, but multiple times. Wonder how much these actors got paid; must not have been enough as we hadn't see that level of propaganda as much until this photo. They seemed to disappear ... so should the Jonathan Powers of the world.

Where was Hogan's head this morning? The writer was calling for world