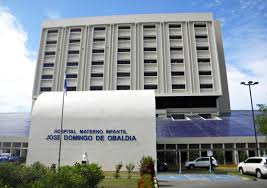 The death of two more infants in a Chiriqui hospital brings the total number of victims of the H1N1influenza virus  14,  six of them children.

The medical director of the Maternal Child José de Obaldia in Chiriquí, Jhony Parra confirmed that most of them had not been vaccinated.,

A nurse, also affected by influenza type AH1N1, remains in the critical care room of the Regional Hospital of David.

The medical director   said that as a result of the increase in  patients with influenza cases:    We are reiterating the call to the population to take extreme measures of security, including washing

hands, covering their mouths when sneezing,  and isolating sick relatives of the non-stick at home.

Visits at the hospital have been restricted He also said that Thursday, the restriction of visits to a single family in addition to increasing the security measures of medical, nursing and care personnel throughout the hospital.