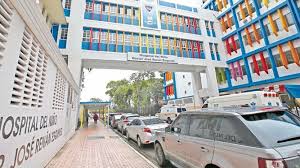 Two of five deaths under investigation at Panama’s Children’s Hospital (Hospital del Nino)have been confirmed as due to the respiratory syncytial virus.

According to the hospital’s director Paul  Gallardo, it is an acute respiratory infection that affects children under five years of age, with a predominance in those under two years of age and that complicates even more months-old babies.

The virus presents with symptoms such as light fever, nasal secretions, respiratory distress, rapid breathing and loss of appetite.

He said it is a disease that is generated every year and is  unfortunately a cause of death. fo

He stressed the need to  wash hands and to not take children to crowded places.