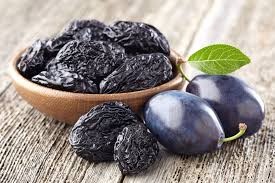 “We are in an epidemic of osteoporosis. There can be no doubt about that.” Ten million Americans have it, and one in three older women will get it. “We urgently need public health strategies to maintain bone health throughout the life cycle and to prevent osteoporosis in later life.” Might fruits and vegetables be the unexpected natural answer to the question of osteoporosis prevention?

Evidence from a variety of studies “strongly points to a positive link between fruit and vegetable consumption and indexes of bone health,” such as bone mineral density, and the “size of the effect in the older women [is] impressive: doubling the fruit intake” is associated with a 5 percent higher spine mineralization. The same relationship exists with young women, too. And, eating lots of fruit in childhood may protect bones throughout life—something that was not found for milk intake.,

Bone health isn’t just about calcium. There are several key nutrients found in vegetables, fruits, and beans that are associated with better bone mineral density, but does that translate into lower hip fracture risk? The Singapore Chinese Health Study found that a “diet rich in plant-based foods, namely vegetables, fruit, and legumes such as soy, may reduce the risk of hip fracture.” But, why?

“The underlying mechanism in postmenopausal osteoporosis (PO) is an imbalance between bone resorption [disappearance] and formation,” and oxidative stress may play a role in this balance.

There are two types of bone cells: “the bone-forming osteoblasts and the bone-dismantling osteoclasts.” Osteoblasts are continually laying down new bone, while osteoclasts chisel away old bone, using free radicals as the molecular chisel to chip away our bone. Too many free radicals in our system, though, may lead to excessive bone breakdown. Antioxidant defenses appear “markedly decreased in osteoporotic women,” and “elderly osteoporotic women had consistently lower levels of all natural antioxidants tested than controls.”

“Because excessive [free radicals] may contribute to bone loss, it is important to elucidate the potential role antioxidant-rich fruits play in mitigating bone loss that leads to the development of osteoporosis.” The thought is that fruits up-regulate the bone building cells, and down-regulate the bone-eating cells, tipping the balance towards greater bone mass. So, let’s put a fruit to the test. Which one do we pick? Dried plums were chosen because they have among the highest antioxidant ranking among commonly consumed fruits and vegetables—and because the researchers received a grant from the California Dried Plum Board!

When you think of prunes, you think of bowels, not bones, but, over a decade ago, researchers at Oklahoma State tried giving a dozen prunes a day to a group of postmenopausal women, using a dozen dried apple rings as a control. After three months, only the subjects who consumed the prunes had significant elevations in an enzyme marker of bone formation, although prunes didn’t seem to affect markers of bone breakdown. So, prunes may help more with building bones than preventing bone loss. However, the reverse was found with almonds, so maybe a little prune-and-almond trail mix is in order.

With this bump in bone formation indices, one might expect that if they did a longer study, we would actually see an impact on bone mineral density. And nine years later, just such a study was done: 12 months on dried plums versus apples. Both dried fruit regimens appeared to have “bone-protective effects,” though the prunes seemed to work better in the arm bone and spine.

So, the dried plum marketing board wants everyone to know that dried plums are “the most effective fruit in both preventing and reversing bone loss,” but only two fruits have ever been tested: plums and apples. If this pans out for other plants, though, “a ‘fruit and vegetables’ approach may provide a very sensible (and natural) alternative therapy for osteoporosis treatment, one that is likely to have numerous additional health-related benefits.” All we have to do is convince people to actually do it.