87% of the cigarettes consumed in Panama avoid the sin tax. 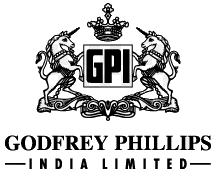 Most of the smuggled cigarettes come from India.

A Nielsen study carried out in Panama in 2021 showed the worrying results that 87.9 out of every 100 cigarettes consumed in Panama are contraband and avoid paying taxes.

Most of the cigarettes come from India and South Korea and are easily identifiable since the packs do not include the mandatory health warnings established by the Ministry of Health.

The study also shows that 96.5% of the cigarettes consumed in the city of David, Chiriquí province, are contraband, followed by the district of Las Cumbres in North Panama, where contraband cigarettes represent 91, 5% of the market.

The Jaisalmer, Timeless Time, and Pine brands account for 92% of unpaid consumption. The first is manufactured by Godfrey Phillips (India), and the other two by Korea Tobacco & Ginseng Corporation - KT&G (South Korea), and according to international trade statistics, they come from Asia to the Colon Free Zone. The seizure of illicit cigarettes due to the effort of the authorities, headed by the Director-General of Customs to confront the problem, is another proof of the growing incidence of smuggling.