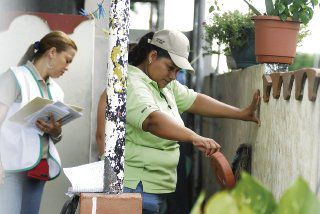 Dengue cases in Panama so far this year have risen to 3,601 reports the    Ministry of Health (Minsa).

There are 8 cases of severe dengue and 4 deaths (two in San Miguelito, one in the Metropolitan region and one in East Panama).

Colon, with 798 confirmed cases, is the province with the highest incidence of the disease. followed by the Panama North (793)

Minsa  calls on people's conscience and responsibility to eliminate the transmission of the disease caused by the bite of the Aedes aegypti mosquito.

The task of controlling the mosquito, eliminating hatcheries inside homes and in the surrounding area, can only be achieved with the participation of all families and the community in general, said the Ministry