Ladies of the Alamo sharpen their claws 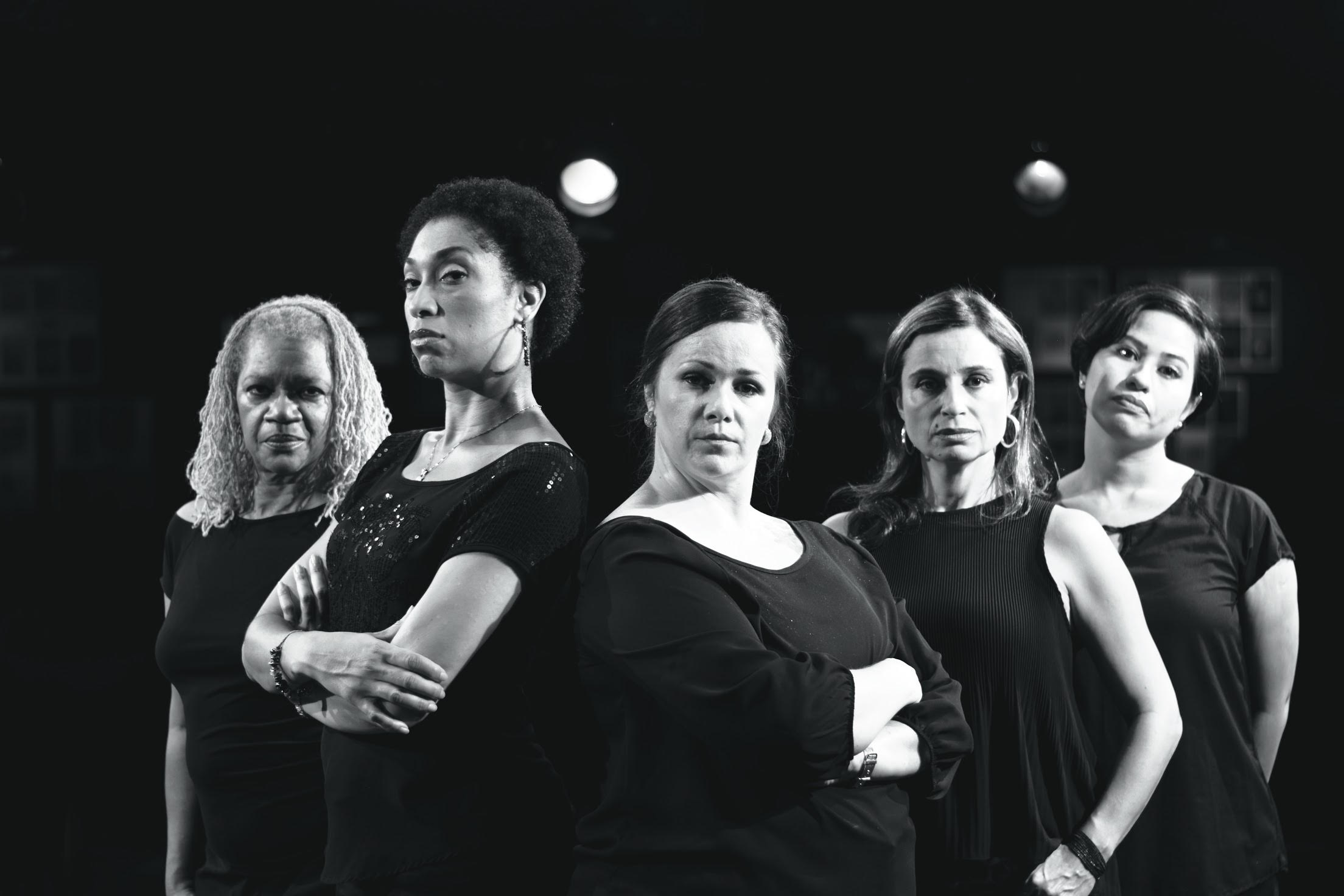 Biting put downs and sharp asides drew gasps and laughter from the opening night audience of Ladies of the Alamo at the Panama shrine of English theatre performances, The Theatre Guild of Ancon.

The setting is the lavish reception room of the new multi-million-dollar Alamo Theatre, a regional theatre complex that has grown from a small operation in a converted church to one of the glories of Texas culture. As the action begins we learn that the leadership of Dede Cooper, founder and artistic director of the Alamo, is being challenged, and the

Chairman of the Board, a lady of great wealth and a lust for power, is scheming to replace Dede with a fading Hollywood star.

As the hour of the decisive board meeting nears, Dede and her supporters maneuver to outflank the opposition, and as the crisis point is reached the verbal battles and shocking revelations build to a fever pitch. leaving no one unscathed; and while the insurrection is put down, the scars of battle will, take long to heal.

The all women stars are : Odette Versailles as ‘Dede Cooper’; Joyce Barr as ‘Bella Gardner’; María José Rojas as Suits ‘(Beatrice)’; Tevia Brooks as ‘Joanne Remington’; Beatriz Martin as ‘Shirley Fuller’Perf6 to 22 Opening night was on Thursday June 6 and the play  run June every Thursday, Friday and Saturday at 8:00 p.m.   until June 22.