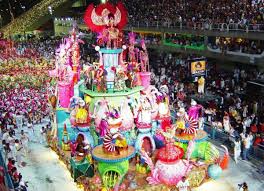 The new coronavirus, declared a health emergency by the World Health Organization (WHO) will not mean the cancellation of Carnivals in Panama says  Ministry of Health (Minsa)  head of Epidemiology), Lourdes Moreno.

She said that  there are nearly three weeks to Carnival and the issue will be treated "in due course." There are 21 days left before the holiday begins. For now, "the country is not affected and we have no suspicious cases," she said.

Moreno said that the measures they are taking are correct and even go well beyond those recommended by the international organization.

She explained that the  WHO  declaration was made so that at the international level resources can be mobilized in all countries to support China and generate more robust logistics to try to achieve containment, as the Asian country has done very well.

Panamanian infectologists maintain that it is not necessary to cancel the Carnival. They recalled that when this party was suspended in 2000 due to an outbreak of hanta in the Azuero region, the cause and mechanism of contagion were unknown.

On the decision to suspend flights, the national head of Epidemiology clarified that the airports.there are no direct flights from China to Panama, and that people from that country, when they disembark in Panama, have had stopovers at other airports, therefore, when they arrive on Panamanian soil they have the third screening or sanitary revision that is had in

He added that people with symptoms are not coming out of the Asian country, and reviews are being carried out in each country.

Moreno said they are monitoring 176 passengers from China who entered Panama. "They are called daily to know if they have presented any symptoms," she said.

While Panama adopts measures to face possible cases and remain calm among the population, in China the number of infections and deaths is increasing.

Chinese health authorities reported yesterday that the balance of victims of the virus amounted to 262 people, with about 12,000 confirmed cases and about 110,000 people under observation.

....as always Panama government only looking out the the $$$ and not the people. Panama will see the coronavirus. Panama is not set up for this virus, medically or financially. Hell, Panama cannot take care of their trash problem in the country, and you think they can handle CORONAVIRUS!!! Have fun at the Carnival, Panama. BAD DECISION.

....as always Panama government only looking out the the $$$ and not the people. Panama will see the coronavirus. Panama is not set up for this virus, medically or financially. Hell, Panama cannot take care of their trash problem in the country, and you think they can handle CORONAVIRUS!!! Have fun at the Carnival, Panama. BAD DECISION.

Watch for a spike in the virus here in Panamá (and other S.A. countries with carnivals) immediately after Carnival..

Panama is just reacting to the virus, what about Chinese that flew into the country two or three weeks ago? What about all the ships coming from China and sailors disembarking for a few days in the city? The best advice until they get this virus under control is to keep your hands out of your mouth and eyes, and avoid crowds (Carnival).

8 months ago
The comments are the responsibility of each author who freely expresses his opinion and not that of Newsroom Panama.