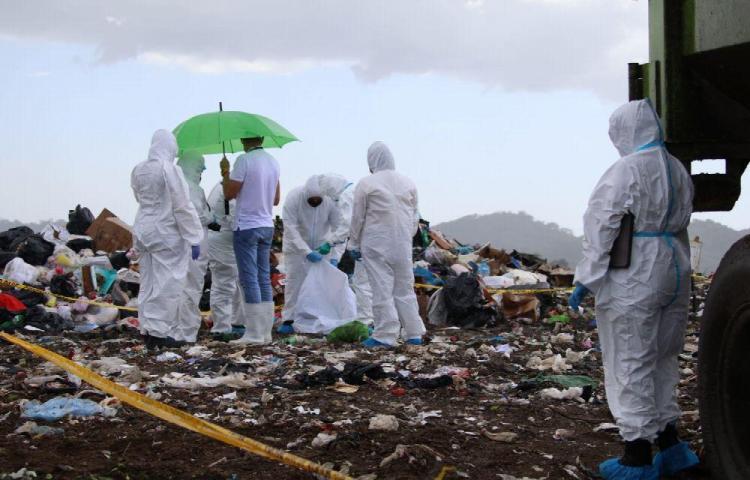 Panama  and San Miguelito share twin problems - on every corner, there are piled  garbage bags 58 .1 %  of  residents are delinquent in the payment of the cleaning fee and  43 % of commercial  operations  do not pay, which translates  into debt by  both groups of $116.1 million including $1 million owed by government entities

To this, we must add that due to the use of the sanitary landfill on Cerro Patacón, in the township of Ancón, there is also a million-dollar debt. Institutions and companies owe a total of $21.8 million, but of that amount, $19.8 million is owed by the Municipality of San Miguelito.

The debt is based on an agreement signed in 2007 between the Urban and Home Cleaning Authority (AAUD), the Ministry of Health, and the Municipality of San Miguelito, through which a rate of one dollar was established for each ton metric of garbage dumped in Cerro Patacón.

Despite the efforts made by the AAUD before the Municipality of San Miguelito, the collection could not be made, and the delinquency remains.

In the middle of this year, both entities met to discuss the issue, but there was no progress.

A report of the Ministry of the Environment prepared by a technical team of the Directorate revealed that the second main problem in the country, after the lack of land use planning, is the deficient management of waste.

According to the study released last October, solid waste management has reached alarming conditions, particularly in the capital city, where 60% of the population lives.

"While the country has registered growth in its economic, demographic and social development, solid waste has become a risk to human health and a threat to the environment, being a source of contamination of soils, water sources, and air, in addition to the deterioration of the landscape”, highlights the report.

In Panama City, one of the main points of contamination is the sanitary landfill of Cerro Patacón. The Minister of the Environment, Milciades Concepción, indicated that the concession with Urbalia, the company that manages the site, expires next year, and a statement of objections is being prepared to bid for the administration of the site. In Cerro Patacón there is an ecological disaster and with the new tender we hope to carry out an ecological rescue and apply better technology," he said.