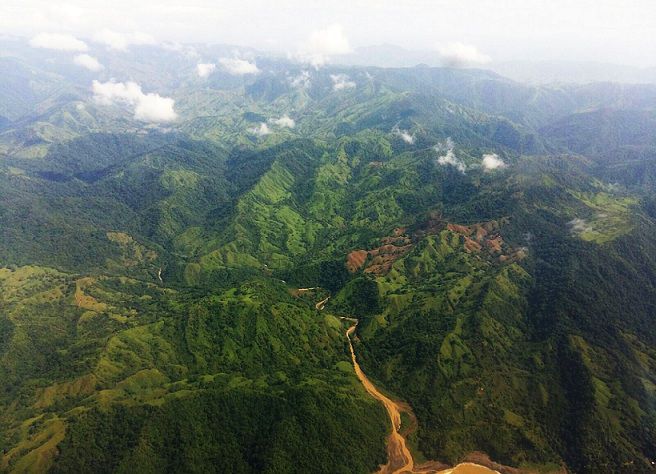 A pristine island amidst deforestation

MARIATO, Veraguas. Around 30 endemic plant species have been found in the Cerro Hoya National Park, confirmed reports the Panama Wildlife Conservation Foundation, which has been developing research projects in the biodiversity  jewel in the heart of Azuero a destination for eco-travelers when Panama’s tourism doors reopen

Also found were  225 species of birds some of them new to science; Endemic subspecies of primates, amphibians and unique reptiles and threatened land mammals.

Examples ple are the green macaw, the Azuero parakeet, the three-nosed ridge bird; Azuero's spider monkey; the Azuero frog, the leatherback sea turtle; the jaguar, the puma, and the last stands of mountain oaks, a tropical conifer.

The foundation has been developing research projects to increase the knowledge of the biodiversity of this area that has included taxonomic groups such as beetles, night butterflies, sea turtles, and land mammals; with the support of specialists from England, France, the United States and Panama.

Although the protected area is located about 150 km from the central mountain range, it shares ecological aspects of the Talamanca mountain forests, which extend from Costa Rica to the Tabasará range in central Panama.

Despite its importance, the PNCH is an island of montane forest, surrounded by a sea of ​​deforested areas but its isolation has favored the protection of the fauna and flora that inhabits there, as well as evolutionary processes leading to the appearance of unique species on the planet.

Maybe they can discover a cure for STUPID with all their new findings. There is a lot of left wing wachos here that could use a strong dose of that! LOL laughing about jb. "smell of raw sewage" That is the exact truth in Panama city. You can smell it as soon as you get off the plane and it does not ever go away. Ever.

Eco Tourism? The average tourist sees nothing but trash all over, the smell of raw sewage entering the bay and flies crawling all over their food was was already mediocre. Don't expect any tourism especially to Veraguas. Maybe some old potbellied gringos flying in to get some cheap beer and Colombian pussy at the Veneto . Maybe a few pot head backpackers and surfers but they don't spend any real money. Keep this quarantine going Cortizo your destruction of the economy is almost complete!