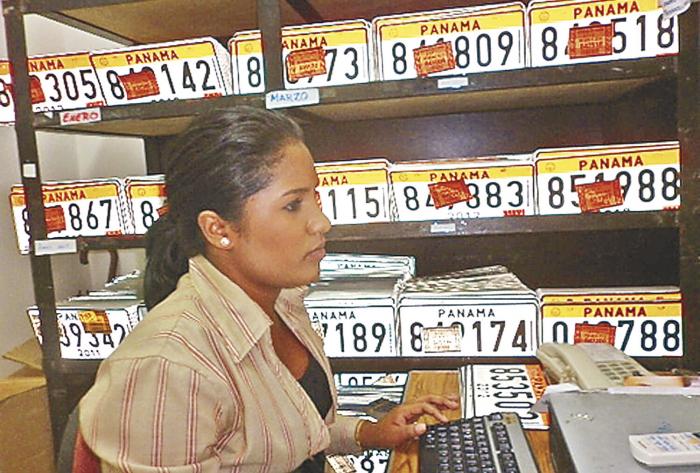 The Panama Mayor's Office is seeking to extend the validity of vehicle license plates to five years.

Deputy Mayor Judy Meana said  the measure seeks to have the plates delivered, at least, every five years, and not annually as at present .“The mayor (José Luis Fábrega) is in talks with The Chapala Vocational Center so that the plates are not changed annually,. This will contribute to reducing environmental pollution”, said Meana. The vice said that negotiations also include seeking substitute income for the school that works with children at social risk that are remitted by juvenile courts.  They make the license plates and that represents the main economic income that it uses in its program of rehabilitation of the young people.

The Ministry of Social Development and the National Secretariat of Children, Adolescents and Family. and  The Mayor's Office of Panama annually distributes around 700,000 plates and this year budgeted $3.5 million for their preparation.

No reason to ever replace the plate. To create economic resources for the kids, they should ask then to pick up all the plastic around the roads and have it recycled. They charge a new tax of 0,05% on hotels, the county gets cleaner, the tourism grow, the tourists are happier, the kids get money for their work.

First response was why replace plates and not stickers? The plates stay with the cars, so there is no reason plates from every car should be thrown in the garbage every year. Plates should NEVER be changed, especially when the sticker possibility is already built into them. However, second response is WHAT? Child labor is used to make placas? And it's somehow colored as rehabilitation??? Why aren't these children in school? What jobs are they ever going to get with experience making license plates? Why not apprenticeships, trade schools, or academic work? Ending the practice of child labor is the best of all possible reasons to stop the annual replacement of placas!

It is a long time coming. If they are looking for a substitute source of funding for the at-risk juvenal offenders, then they could use and try creating a plastic recycling plant. There is a handful of choices of companies that Panama could partner with to do this. This would be the best solution for both problems.

Finally someone woke up .hope he gets this done

Most US states replace plates every 10 years or more. The stickers can be printed on demand. $5 per plate seems high