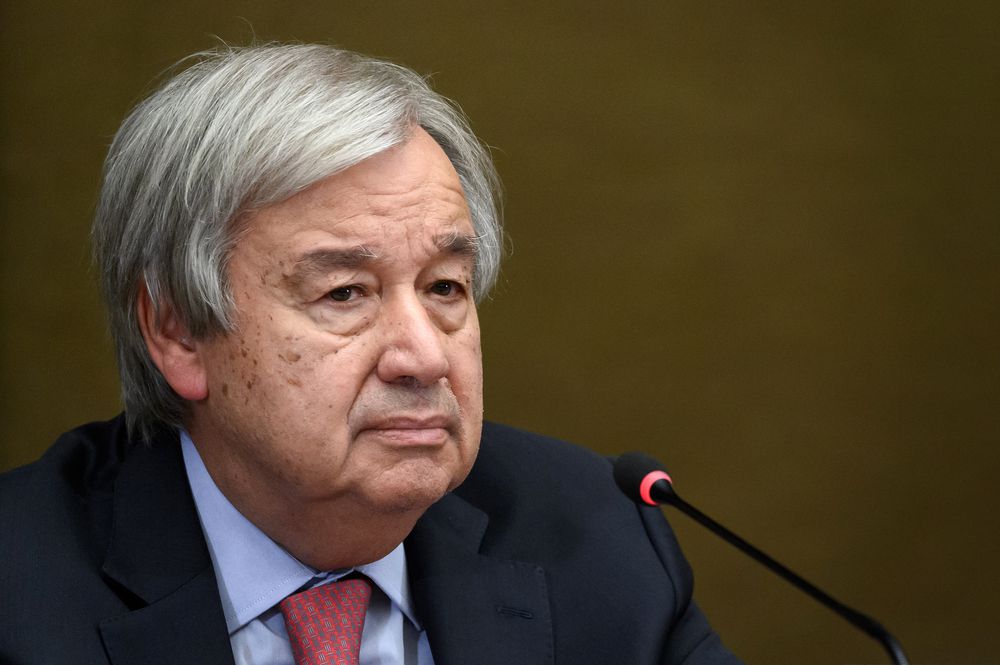 AFP -The world is following a "catastrophic" course, which will cause an average temperature increase of 2.7 ºC between now and the end of the century, UN Secretary-General, Antonio Guterres, warned Friday.

The international community pledged to fight greenhouse gas emissions, but those promises "go in the wrong direction," explained a UN report.

Consequently, "the world is on a catastrophic path," Guterres warned.

"Although there is a clear trend to reduce greenhouse gas (GHG) emissions over time, countries must urgently redouble their efforts," said the report of the UN body on climate change.

The document is an evaluation of the commitments of the 191 countries that signed the 2015 Paris Agreement to combat climate change. The overall photo is "worrying", says the text.

Of  the countries, only 113, representing 49% of GHG emissions, have updated their national commitments, as of July 30, as stipulated by the agreed deadlines.

The report predicts that the emissions of this group, which includes the United States and the European Union, "decrease by 12% in 2030 compared to 2010".

"A light of hope", in the words of the head of the UN program, Patricia Espinosa.

sBut the contributions of all 191 countries together "imply a considerable increase in global GHG emissions in 2030 compared to 2010, of around 16%," she adds.

China nor Russia have not updated their emission reduction commitments, criticizes an NGO that analyzed the UN report, Climate Action Tracker.

According to the group of climate experts (IPCC) cited by the UN, this increase in emissions, "unless immediate measures are taken, it can cause an increase in temperature of about 2.7 ºC by the end of the century."

"This means breaking with the promise made six years ago, to seek a target of +1.5 ° C," Guterres recalled.

"Failure to meet that goal will result in massive loss of life," he added.

"Although there is a clear trend to reduce greenhouse gas (GHG) emissions over time, countries must urgently redouble their efforts," said the report.