10 jailed for crimes against environment 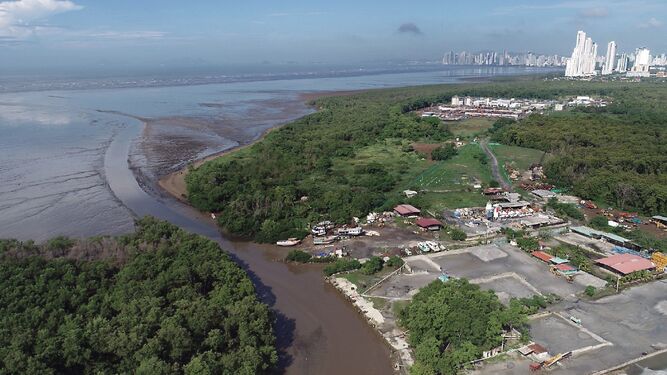 In a landmark decision, 10  people have been sentenced to two years and eight months in prison, for crimes against the environment and land planning to the detriment of the Panama Bay wetland.

The sentence was handed down by Second Court of Justice which  overturned a decision of the Sixth Criminal Court.

The investigation, which began in 2015, is related to the illegal extraction of sand in a beach sector in Pacora, in a location belonging to the protected area.

In an inspection carried out by the Discharge Circuit Prosecutor's Office, it was established that the extraction of sand had caused "serious damage to the wetland" and that due to the negative impact generated, the area would take years to recover. Reports La Prensa.

According to the investigations, those involved belong to the Pacora Paleros Cooperative, who performed the sand extraction periodically.

The accused argued in their defense that they did not know that it was a protected area, but the judges of the Second Court Zaida Cárdenas, María de Lourdes Estrada, and Jasmine del Carmen Villareal considered that the ignorance of the law does not exempt from liability.

The events occurred on September 18, 2015, when, the accused, were surprised by the Public Prosecutor's Office and by personnel from the Ministries of Environment and Commerce and Industrial, and the Municipality of Panama, extracting sand “illegally” and without a valid permit.

This is one of the first convictions for damages caused in the Panama Bay wetland.

Other processes related to the devastation of mangroves, real estate development, and landfills in the wetland area have been archived.