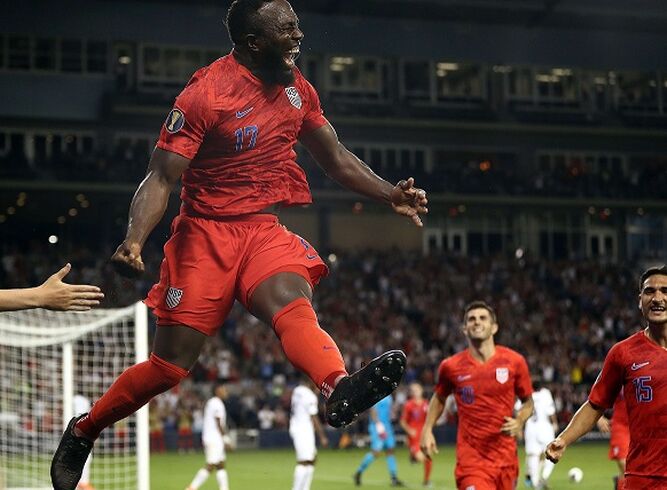 ALTIDORE celebrates the game's only goal

The United States defeated Panama 1-0 on Wednesday, June 26  with a goal from Jozy Altidore, in the Children's Mercy Park in  Kansas City, to take first place in group D in the CONCACAF Gold Cup.

Altidore scored when fielding a loose ball in a poor clearance, after a corner kick in the 66th minute.

With the result, the United States finished first in the group with 9 points, Panama came second with 6.

The two countries were already qualified for the quarterfinals and with this result the United States will face the surprising Curacao, while Panama will face Jamaica, next Sunday at Lincoln Financial Field in Philadelphia.

The United States broke a streak of three consecutive draws with Panama in the last two Gold Cups, two in 2015, and one in 2017, in which they were also part of the same group and finished 1-1.