Panama draws stars but the US is bigger tax haven 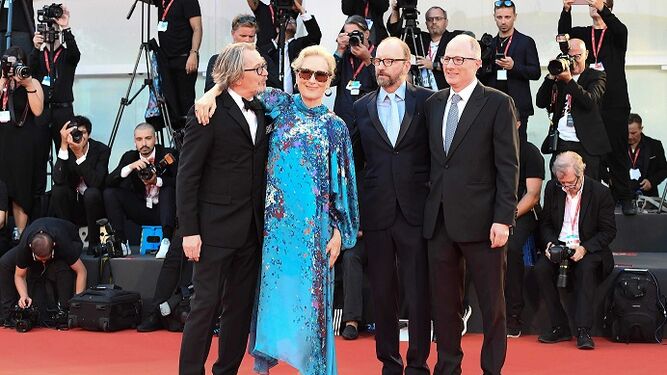 The intricate paths of money that passes through Panama are narrated with originality and efficiency in the denunciation film The Laundromat, by renowned American director Steven Soderbergh, with a stubborn and combative Meryl Streep, screened at the Venice Film Festival.

The Hollywood star, who plays a widow deceived by the traps of the financial system, is the central character of a complex and dangerous mechanism narrated with humor and irony.

To tell a scandal that involved about 400 journalists worldwide and revealed the concealment of property, companies, assets, profits and tax evasion of heads of state and government, world policy leaders, personalities of finance, sports, and art, Soderberg, uses two great actors, the British Gary Oldman, and the Spanish Antonio Banderas.

They are the owners of the law firm Mossack and Fonseca, of Panama, whose massive escape of documents in 2016 allowed us to discover how the rich and powerful do to avoid paying taxes.

Produced by Netflix, the Oscar-winning filmmaker Soderbergh is mostly a lesson, in chapters and with an ironic tone, about corruption, the economic system and tax havens, by two elegant acting masters.

"We thought that having fun was the best way to stay in the viewer's mind and also a way to alleviate the complexity of the subject," Soderbergh explained.

“The United States is one of the largest tax havens in the world. Sixty of its large companies did not pay taxes in 2018, ”warns the director, among the many pearls of the film and  President Donald Trump is skilled in the ways of tax avoidance.