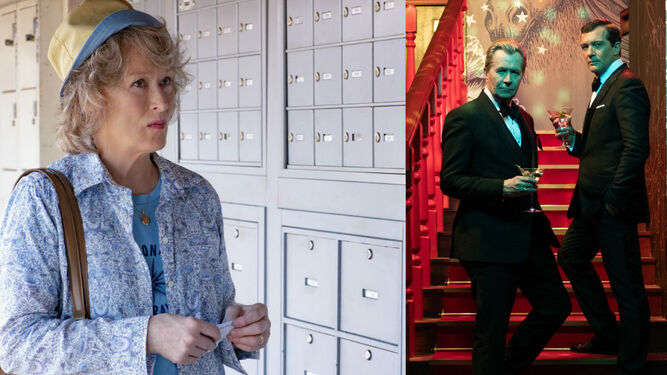 Meryl Streep,Antonio Banderas and Gary Oldman, the three stars of the ,movie

Netflix has replied to the $10 billion civil lawsuit launched by the founders of the Mossack Fonseca law firm against the movie “The  Laundrromat” a black comedy based on the Panama Papers revelations which brought international notoriety to  Panama and the company.

The film was released internationally on Friday, October 18 and can be viewed in Panama.

According to the plaintiffs, the production presents them as "ruthless and indifferent lawyers, involved in money laundering, tax evasion, bribes and other criminal behaviors."

In its response in the  Connecticut, United States, District Court,  Nextflix asked for dismissal of the case or its transfer to a California state court.

Among the arguments indicated by the lawyers, interpreted in the film by Antonio Banderas and Gary Oldman, is the possible interference that the film would have in the cases they face in Panama and in an investigation in the US of one of its employees.

Until Thursday, the case was handled by Judge  Janet Bond Atherton , of the  Connecticut District Court, States, who, ordered that the civil lawsuit be treated in California, where the offices are located. main platform and the tape was produced and marketed.

Judge Atherton never ruled on the plaintiff’s request to restrict the issuance of the film.

In its defense, Netflix argues that The Laundromat is not the cause of the "reputational damage" allegedly infringed on Mossack and Fonseca, since it "actually occurred years ago, long before the film was issued, as a result of the publication of the Panama Papers, "referring to the investigation of the   International Consortium of Investigative Journalists (ICIJ) , which revealed how various personalities of politics, sports and royalty hid fortunes and evaded taxes through  offshore companies .